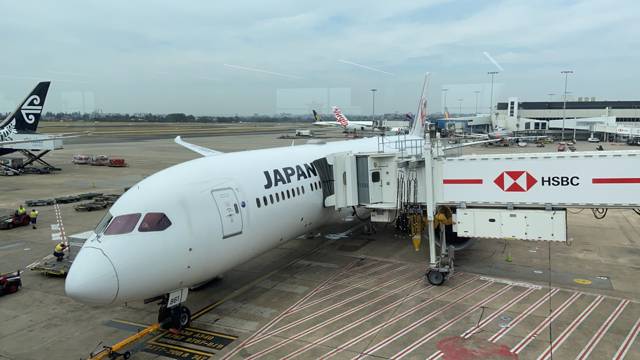 Airlines for Australia and New Zealand (A4ANZ) today said that the Government’s refusal to act on the worsening behaviour of Australia’s monopoly airports and their super profits would lead to more disputes, court action and hurt the wider Australian economy in 2020.

— Sydney – Commenting on the joint statement from the Deputy Prime Minister and Treasurer in response to the Productivity Commission’s
Inquiry into the Economic Regulation of Airports Final Report, A4ANZ Chairman Professor Graeme Samuel AC, said, “By saying
the ACCC need to monitor the airports more, the Government is admitting there is a problem. Yet they have squibbed the
chance to actually do something about it for the Australian travelling public.”
“This is despite the Government having a solution in front of them; the modest, evidence-based reforms proposed by the ACCC,
which would see the introduction of an independent umpire to resolve disputes between airports and their customers,
improving efficiency and delivering benefits to consumers and the economy.”
“The Government must urgently rethink this, because Australia’s airlines and airport users face significantly increasing costs that
will lead to more disputes like the multi-year court case where Perth Airport is suing Qantas to extract monopoly rent.”
Prof Samuel said “Three successive chairs of the ACCC – reflecting their experience of nearly two decades – have consistently
said that monitoring of monopolies is useless and real change is needed, not just the collection of more data. Airlines, other
airport users and Australian travellers don’t want this situation to continue either; 82% of consumers polled expected
Government to make genuine changes. But where is the consumer in the Government’s response? Complaints about prices and
service standards at our airports have obviously fallen on deaf ears. My advice to those who have a complaint over their airport
experience, is to direct it to the Government. The airlines, together with a coalition of airport users, tried to have common sense
applied in the interests of their customers, but the consumer has been ignored by Government.”
“This decision to endorse the recommendations of the widely-criticised PC Report is staggering. We are concerned that a
decision to pass on the opportunity for any real reform is based on false assertions by airport lobbyists about the timing, costs,
and consideration of competition and consumer interests.”
A4ANZ CEO, Dr Alison Roberts said, “Today’s announcement places the Government squarely on the side of monopoly airport
operators and their investors. There is no other monopoly infrastructure in Australia which is exempt from processes to protect
consumers against the exercise of market power. The Government’s response does nothing to ensure our airports can be the
best and fairest in the world – simply the most profitable.”
“Australians now need to be prepared to accept that the next 5 years will deliver:
• airports continuing to slug passengers at every stage of the journey, from car parking (with 70% profit margins), $4 trolleys,
outrageously expensive food and drinks, to the taxi fee (increased by nearly 300% in 2 years) or rental car surcharge;
• airports emboldened by the Government’s response – as we saw after the PC’s draft report’s release – to demand
unreasonable terms in negotiations with airlines and other airport users, or embark on legal action;
• airports profiteering from the implementation of Government-mandated security measures;
• more costly and productivity-sapping disputes between airlines and airports; and
• more cases of expensive, inefficient and ineffective litigation through the courts to resolve these disputes.”
Prof Samuel said, “This announcement comes the same day that Perth Airport vs Qantas was heard in court for the first time,
nearly one year after negotiations broke down, halting new routes and economic growth. This surely cannot be the
Government’s preferred policy approach. There will certainly be an increase in litigation as the only means of resolving disputes,
and this is what harms investment and creates negative outcomes for the community. Why the government would choose this
course of action rather than the ACCC’s sensible proposal for an independent commercial arbitration that has been shown to
work well in other sectors, defies commonsense. Why should airports be protected, and consumers have to pay the price?”
“As we are acutely aware at this time of year, air travel is a fundamental part of the Australian way of life. The aviation industry
is essential to the economy, contributing over $100 billion and supporting over 700,000 jobs. This issue is too important to
simply ignore. Faced with no option but more disputes and litigation, we will continue to work closely with the consumer
watchdog – the ACCC, other airport users and Australian travellers, towards achieving the necessary reforms in any way we can.
This will allow consumers to access more competitive fares, greater choice, and improved connections across Australia and the
world.”

About A4ANZ
Airlines for Australia and New Zealand (A4ANZ) is an industry group established as a voice to represent airlines based in Australia and New
Zealand. Member-funded and representing international, domestic, regional, full service and low cost carriers, A4ANZ advocate on key public
policy issues that impact airline operations such as efficient access to infrastructure, in the interests of our passengers, staff and shareholders. 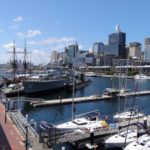