The inaugural flight will take place on December 29, 2007. The new connection to Salzburg will be the fourth Norwegian’s new route from Poland to be started in winter season. Earlier the airline announced new routes from Warsaw to Munich and Stavanger, as well as from Szczecin to Oslo, to be started at the end of October.

The new routes will supplement already existing routes from Warsaw to Oslo, Bergen, Birmingham, Stockholm, Copenhagen, Rome, Athens, Malaga and Alicante, from Krakow to Oslo and Stockholm as well as from Gdansk to Oslo. Additionally, due to growing interest in flights between Warsaw and Copenhagen, from 31stAugust Norwegian will offer daily connections on this route.

All flights will be performed with Boeing 737-300 aircraft with Polish crews on board.

Fares start at 199 PLN including all taxes and airport fees.

Commenting on the launch of the new route, Norwegian Air Shuttle Poland General Manager, Jarosław Święcki said: “We keep on expanding on the Polish market. Responding to growing demand for winter travel to the Austrian Alps, we have decided to launch the new connection to Salzburg. We are convinced that the new route will be very well received. Poles will be closer to the City of Mozart and to many magnificent ski resorts close to Salzburg including the famous downhill courses Streif and Dirretisima in Kitzbuhel. Schedule of new connection (flights on Saturdays from December 29, 2007 till March 29, 2008:

Departure from Salzburg (SZG) at 8.45 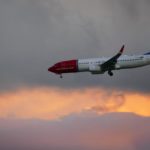 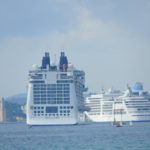