Results for February are down compared to the previous month, particularly in terms of arrival punctuality.

In February, all Air France’s flights:

“which left on-time or within 15 minutes”, accounted for 80.2% of overall traffic.

“which arrived on-time or within 15 minutes”, accounted for 79.9% of overall traffic.

Punctuality: the chosen criteria are as follows:
– the percentage of domestic and international short, medium and long-haul flights that left or arrived “on time or within fifteen minutes” compared with the flight schedule, at all airports on the network;
– the percentage of the four main causes of delays (beyond the Company’s control – ATC, weather, airport infrastructure etc. – and internal – related to passenger or aircraft handling, loading, etc.).
Regularity: the chosen criterion is the percentage of scheduled flights which were genuinely affected, given that all flight cancellations up to three days before the scheduled service are taken into account.

Operating conditions were adversely affected by social unrest in the public sector (air traffic control) and continued bad weather conditions in February, resulting in a poorer on-time performance this month.

Baggage performance since thebeginning of the year: 16.4 per 1,000.

The chosen criterion is the number of items of baggage missing on arrival at the passenger’s final destination (i.e. those which do not arrive at the same time as the passengers and which are sent on later) per thousand passengers boarded at all Air France stations.

Publication is monthly and takes place shortly before the publication of similar data from member airlines, by the Association of European Airlines (AEA) and by the Community Air Passengers Reporting System (CAPRS).

Please note that the rankings presented by the two bodies do not take into account the typology of the different airlines (charter, low-cost, hubbed, majors, point-to-point , etc.). 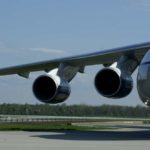 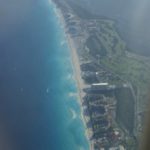