Official signing ceremonies were held on three continents today.  Each of the Associate Airline candidates was joined by the SkyTeam member airline which is sponsoring its entry into the alliance.

“The inclusion of Air Europa in the Associate Airline Program is a key phase in our airline’s development. As members of a global alliance, we will be able to significantly increase our global offer, with greater travel opportunities for SkyTeam partner airline customers,” said Juan-Jose Hidalgo.

“The Associate Airline Program will enable us to increase our global offer to customers by further improving our services and frequencies,” added Patrick Alexandre. “As our alliance grows, it gives global business travelers even more options for planning their trips and reaching their destinations on quality carriers.”

“Copa’s growth will be enhanced by its association with SkyTeam, which will allow more travelers to easily access and take advantage of our extensive intra-Latin American network,” said Pedro Heilbron, CEO of Copa Airlines.  “We look forward to extending the SkyTeam brand in Latin America, while our passengers benefit from greater access to global destinations and seamless travel on SkyTeam partner airlines.”

“Kenya Airways is extending the SkyTeam network to a prime market,” said Hans de Roos. “Having African representation will be beneficial to the alliance as passengers traveling to and from this area will have access via the SkyTeam network.”

Titus Naikuni, CEO of Kenya Airways, added: “Kenya Airways is certain to benefit from the expertise and services of all SkyTeam carriers, as well as from greater global recognition and SkyTeam’s worldwide network.”

Once the Associate Airline candidates are officially recognized, passengers traveling with Air Europa, Copa Airlines or Kenya Airways will have the same benefits as passengers on member airlines, such as harmonized frequent flyer programs, codeshared flights and improved access to airport lounges.

With a fleet of 37 aircraft, Air Europa serves over 9 million passengers annually and flies to 44 destinations in 15 countries (summer schedule 2007), including destinations throughout Spain and Western Europe as well as cities in North Africa and Latin America.  Visit Air Europa on the Web at www.aireuropa.com.

With a fleet of 30 aircraft, Copa Airlines currently offers approximately 110 daily scheduled flights to 36 destinations in 21 countries in North, Central and South America and the Caribbean. In addition, Copa Airlines provides passengers with access to flights to more than 120 other international destinations through codeshare agreements with Continental Airlines and other airlines. Visit Copa Airlines on the Web at www.copaair.com.

With a fleet of 21 aircraft, Kenya Airways serves more than 2.5 million passengers annually and flies to 38 destinations in 30 countries, including cities across Africa, as well as Amsterdam, Paris and London and select destinations in Asia, including Dubai, Mumbai, Guangzhou, Hong Kong and Bangkok.  Visit Kenya Airways on the Web at www.kenya-airways.com. 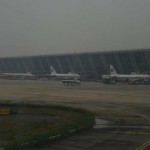 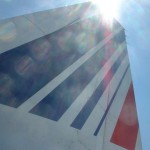