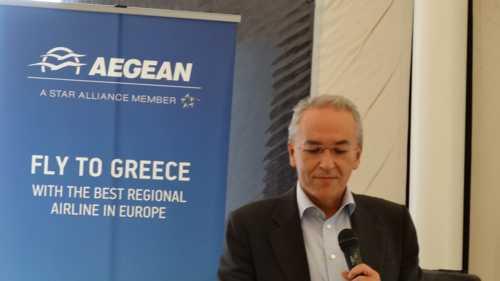 International traffic rose by 20% to 2,407,107 passengers, with AEGEAN welcoming onboard 400.000 more passengers compared to last year. AEGEAN’s 20% international traffic growth outpaced the overall rate of tourism air arrivals to the country for the period of 6.7%, by a factor of 3. This performance gives further evidence to the Company’s leading contribution to the development of the country’s tourism sector despite the unique conditions and challenges of the recent weeks and months.

AEGEAN’s first half performance is the result of the company’s significant investment in fleet expansion with 7 additional aircraft, adding 16 new destinations to 9 countries as well as increasing frequencies to existing destinations. Increased capacity was invested mainly in Athens but also in the regional bases around the country, with AEGEAN flights reaching 134 destinations to 45 countries.

AEGEAN has taken delivery of 3 brand new A320ceos indeed, during the last days of June and early July, despite the unique challenges posed by the capital controls recently imposed in Greece. The company has therefore demonstrated its commitment and ability, even in adversity, to further upgrade its capacity and quality of service. The 3 new aircraft deliveries are part of a total 7 Airbus aircraft order valued at 300m USD, scheduled to be completed by March 2016.

The company’s hub and main base Athens continued to grow faster with 26% more  international passengers, driven by additional frequencies to traditional main source markets like France, Italy, Switzerland as well as new routes launched, like Oslo, Helsinki, Dubrovnik, Toulouse, Bordeaux, Yerevan, Alexandria. During the following weeks Riyadh, and Teheran, will be launched as well contributing to increased traffic from the Middle East.

Mr. Dimitris Gerogiannis, Managing Director, commented: “During the first half of 2015 and despite unique challenges we have proven our resilience and ability to contribute materially and consistently to Greek tourism by delivering a strong 20% growth in international traffic. Investment in New aircraft, New Routes, New Services all aimed to expand our ability to compete in quality and efficiency and grow within a challenging environment.

It should be noted during the last three weeks and since the imposition of capital controls we were initially faced with a significant loss in net bookings for both domestic and international travel for July onwards. We responded immediately with fare offerings, despite being in peak season, and with significant cost to our yields. Our effective response, albeit costly, combined with the promise of gradual return to normality evident during the last few days have borne fruit. Indeed, for the first half of July we have achieved a 30% increase in our international traffic to Athens, equal to the additional capacity we have invested. Using offers, we have even managed to have marginal growth in domestic traffic which was even more severely affected. Naturally further normalization of conditions is required to keep the positive dynamic we now experience”. 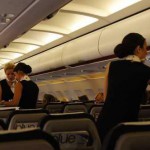 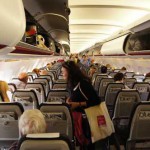 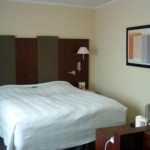 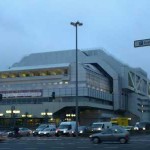