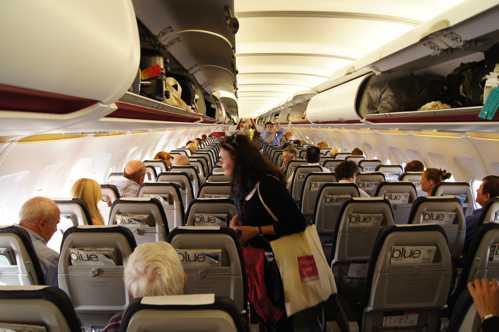 The group generated operating cash flow of €112m, resulting to cash & short term investments of €218m at year end, despite significant pre-delivery payments in relation to the new Airbus order.

Traffic in the domestic network increased by 15% driven by demand stimulation on lower fares and strong connecting traffic. International traffic rose by 13%, boosted by performance in Athens where traffic rose by 20% on the back of AEGEAN’s network expansion which supported the city’s strong tourism recovery.

“In 2014 we reached another milestone and achieved passenger traffic in excess of 10m passengers, offering the biggest network ever operated by a Greek airline with 119 destinations. Joining forces with Olympic Air has resulted to able benefits for our passengers, the Greek economy and regional employment and of course our shareholders. Synergies with Olympic Air as well as strong connectivity and positive tourist flows were the main factors that boosted our results.

For 2015 we plan to take delivery of new aircraft and expand significantly our network mainly out of Athens as well as Larnaca in Cyprus with the addition of new destinations and more frequencies on existing routes. At the same time, competition is expected to intensify, the recovery path of the Greek economy remains uncertain, whereas significant volatility on US dollar and oil markets are affecting key cost items.

On the positive side, even in this uncertain environment, Greek tourism and especially arrivals to Athens seem resilient. It is important to highlight that we maintain a long term view, targeting at improving the country’s and Athens connections, securing our competitive advantage of our main hub and also upgrading Greek travel and tourism product.”

The BoD plans to propose the distribution of EUR0.70 dividend per share for Fiscal Year 2014.

Financial statements and Key Performance Indicators are posted on the company’s website http://en.aegeanair.com/investor-relations/financial-results/