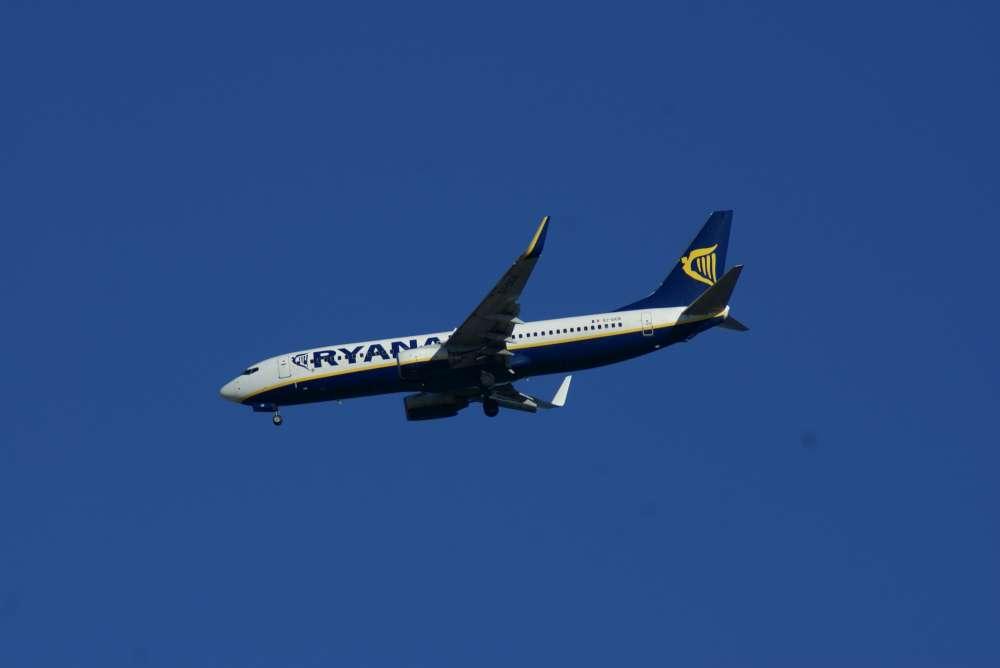 Dublin – Ryanair, today announced a 20% increase in half year profits to €544m.  Revenues rose 24% to €2.7bn, traffic grew 12% and ave. fares increased 13%.  Unit costs rose 13% due mainly to longer sectors and a 37% increase in fuel costs.  Excluding fuel, sector length adjusted unit costs did not increase at all.

“We are pleased to report a 20% increase in the half year net profits to €544m.  This is a testament to the strength of Ryanair’s lowest fare/lowest cost model which delivered robust traffic and profit growth despite, significantly higher oil prices, and an economic downturn in Europe.  The 13% rise in ave. fares (which includes optional baggage fees) is due to slower growth, a better mix of new routes and bases, as well as rising competitor fares/fuel surcharges.

Ancillary sales rose 15% to €487m, slightly faster than traffic growth.  We extended our reserved seating trial from 40 to 80 routes, and if successful we will extend it to more routes in our network.  We also launched the Ryanair “Cash Passport” Mastercard prepaid card in the UK and Italy, and we intend to roll it out across the network over the coming months, to provide passengers with a no cost prepaid card for use on Ryanair.com (to avoid our optional admin. fees) and many other retailers.

New routes and bases continue to perform well.  Our 45th base in Manchester opened last week.  Our 46th (Wroclaw – Poland) and 47th (Baden Baden – Germany) bases will start in March 2012.  We also plan to open our 48th base at Warsaw (Modlin) as soon as our current negotiations with the airport have been concluded.  The recession and higher oil prices continues to force competitors to consolidate, and cut capacity and routes, which creates further growth opportunities for Ryanair as  European airports compete aggressively to win our route and traffic growth.

Unit costs increased 13% primarily due to longer sectors and a 37% rise in fuel costs.  Excluding fuel, sector length adjusted unit costs were flat, as we continued to rigorously control costs despite a 2% pay increase, higher Eurocontrol fees, and substantially higher charges at Dublin Airport which were recently described as “insane” by Aer Lingus and “too excessive” by Etihad.  We are 90% hedged for FY12 at $820 per tonne (approx. $82 pbl), up 12% on last year but significantly below current prices.  We have recently extended our FY13 fuel cover and are 90% hedged for H1 at $990 per tonne ($99pbl) and 50% for H2 at $980 per tonne ($98pbl).

Ryanair’s balance sheet remains one of the strongest in the industry with €3.1bn in cash despite returning €931m to shareholders over the past three years.  We have significantly reduced net debt during H1 from €709m to €372m despite another €85m share buyback.  We have taken advantage of lower interest rates to fix almost 60% of our existing debt for the next 7 years at “all in” rates of just over 3.7%.  Our long term dollar hedging programme will ensure that all our 35 Boeing deliveries in calendar 2011 & 2012 are funded at €/$ exchange rates of 1.43, significantly better than current rates.

We regret the decision of the Ferrovial/BAA monopoly to further delay the sale of Stansted (and instead bring forward the sale of Edinburgh), to comply with the UK Competition Commission’s 2009 breakup recommendation.  While the Competition Appeals Tribunal considers this pointless judicial review, these delays allow BAA Stansted to continue to charge excessive fees and generate monopoly profits, even as Stansted’s traffic declines from 24m passengers in 2007 to less than 18m in 2011.  Since 2007 Stansted airport charges have doubled to pay for a 2nd runway project which has now been abandoned.  The UK Competition Commission must end these interminable delays and judicial reviews and expedite the early sale of Stansted to allow competition to deliver lower costs, and improved customer service, where Ferrovial’s high prices at Stansted and the CAA’s “inadequate” regulatory/regime has failed.

A recent 2010 Airport Survey showed that Dublin Airport fell 14 places from No. 61 to No. 75 of the world’s top 100 airports, and suffered the biggest traffic decline in 2010, with a fall of over 10%. While most other UK and European airports grew in 2010 by reducing charges, Dublin Airport increased charges by over 40% and suffered a 4th consecutive year of decline. The DAA monopoly is not fit for purpose and is damaging Irish traffic and tourism.  Ireland cannot afford an uncompetitive state owned and protected airport monopoly which delivers 40% cost increases and traffic declines at the expense of Irish tourism, jobs, and the economy.  We regret the failure to date by the new Government to deliver any change or reform in its airports or tourism policy.  Like their predecessors the new Government has yet to deliver any change at the Department of Transport, and sadly seem to believe that protecting the high cost DAA monopoly and commissioning consultant’s reports can somehow substitute for change or transformation.

Last weeks provisional agreement to allow IAG/BA to buy BMI from Lufthansa was an expected development in the continuing consolidation process among Europe’s high fare airlines.  The fact that IAG/BA will control over 60% of the shorthaul slots at Heathrow will mirror Lufthansa’s 60% share of Frankfurt slots and Air France’s 60% share of Charles de Gaulle slots.  We believe this takeover will be rubber stamped in due course by both the EU and UK Competition Authorities.  This will highlight, yet again, the EU’s blatantly discriminatory prohibition on Ryanair’s failed 2006 offer for Aer Lingus and the UK OFT’s more recent unjustified, and in our view out of time, investigation into a 5 year old failed merger between two Irish companies.  This OFT wild goose chase and waste of public funds continues despite the fact that Aer Lingus has repeatedly ignored Ryanair’s 29% shareholding including denying our lawful EGM requests over the last 5 years.    The reality is that all the evidence over the past 5 years points to the fact that (as the EU previously found) Ryanair has no control or influence over Aer Lingus.

Ryanair’s capacity cuts will mean that traffic in H2 will fall by 4%.  In November, for example, we expect to report a traffic decline of 10% or almost 500k passengers as we ground up to 80 aircraft due to higher oil prices.  While H1 yields were slightly better than forecast, our outlook remains cautious.  Based on current Q3 bookings and very limited visibility into Q4 we now expect H2 yields will rise by up to 14%, slightly better than the 12% previously guided.  Accordingly we are raising our full year net profit guidance by 10% from €400m to €440m, subject of course to the final outturn of Q4 yields”.

Certain of the information included in this release is forward looking and is subject to important risks and uncertainties that could cause actual results to differ materially.  It is not reasonably possible to itemise all of the many factors and specific events that could affect the outlook and results of an airline operating in the European economy.  Among the factors that are subject to change and could significantly impact Ryanair’s expected results are the airline pricing environment, fuel costs, competition from new and existing carriers, market prices for the replacement aircraft, costs associated with environmental, safety and security measures, actions of the Irish, U.K., European Union (“EU”) and other governments and their respective regulatory agencies, weather related disruptions, fluctuations in currency exchange rates and interest rates, airport access and charges, labour relations, the economic environment of the airline industry, the general economic environment in Ireland, the UK and Continental Europe, the general willingness of passengers to travel and other economics, social and political factors.