Never-before-seen crowds began to squeeze themselves into every nook and cranny of the capital, Victoria, as the ‘Carnaval International de Victoria’ thundered into town on the evening of Friday March 4, for a grand opening ceremony by the Clock Tower where President James Michel officially launched the event.

Victoria – Never-before-seen crowds began to squeeze themselves into every nook and cranny of the capital, Victoria, as the ‘Carnaval International de Victoria’ thundered into town on the evening of Friday March 4, for a grand opening ceremony by the Clock Tower where President James Michel officially launched the event.

With evening shadows slowly lengthening over the brightest of days, prancing carnival figures in a variety of spectacular costumes began to parade at the entrance to State House before an ever-swelling number of onlookers jostling for views of this much- publicized happening that would soon take the streets of the capital by storm.

After meeting members of the international press and visiting dignitaries in the gardens of State House, President James Michel accompanied them on foot to the stage which had been prepared at the entrance to Independence Avenue.

Here, in front of an impressive gathering of international dignitaries and local personalities, the spectacle kicked off with the Mayor of Victoria’s address, a song by local singer Michelle Marengo and the opening speech by the Chief Executive Officer of the Seychelles Tourism Board, Alain St. Ange.

Together, they listened as music legend Dionne Warwick and Goodwill Ambassador for the United Nation’s Food and Agriculture Organization, urged the crowd not to forget that one in every six people on the planet wake up not knowing where they will get their next meal from.

Her impassioned plea to ‘remember the most vulnerable, voiceless people in the world, poor hungry families suffering from high food prices, the global financial crisis and increased frequency of climate-related disasters’ was followed by the keynote speech of President James Michel.

In his address, the President spoke of the carnival as ‘the encapsulation of the Seychelles’ Brand’ and the uniqueness of Seychelles as a melting pot of cultures and as a tourism destination with ‘a great deal to offer to the global village’, before declaring the carnival open.

Without further ado, the evening’s entertainment began to sizzle with the presentation of the carnival theme song ‘Carnaval de Carnavals’ by local musician Patrick Victor followed by a medley by Jean-Marc Volcy and songs by Seychellois-born Australian singer Grace Barbe.

Other contributors to the evening’s entertainment extravaganza were the Waki band from la Reunion, Trinidad & Tobago’s Lima Calbio, the Capetown Minstrels, an Indian musical group and a moutya by local artists Fek Arive. For the remainder of the evening, crowds milled in central Victoria beneath bright fairy-lights, tasting the fare of the many food and beverage stalls and generally soaking up the animated carnival atmosphere.

The next day saw the biggest crowds that Victoria has ever seen in its entire history begin to line the carnival route in anticipation of the procession of floats which began to roll from their starting point at Roche Caiman at 1.30 p.m. Beneath a blazing sun and cloudless blue sky, one by one, more than sixty floats traced a route that took them along the Mont Fleuri Road and into the packed streets of central Victoria, each one displaying its colours in its own special way to the delight of enthralled onlookers.

Behind the Seychelles Tourism Board float with its Carnival Queen and full complement of staff, svelte Brazilian beauties teamed up with carnival partners from the famous Notting Hill Carnival, Indonesia, Venice, Russia, South Africa, Zimbabwe, La Reunion, India and many others to be joined by a kaleidoscope of Seychellois participants representing a broad spectrum of local businesses, hotels and organizations.

Like some giant serpent, the grand procession wound its way, prancing and dancing, displaying, gyrating and imitating, past the assembled throng, the VIP stand outside the central library and the event judges, to its final destination at the central Stad Popiler car park where the entertainment continued well into the night in the form of live music, cultural entertainment, food fiesta and open-air disco.

The third day of the carnival lived up to expectations as a ‘family-fun day’ with crowds of revellers again descending on central Victoria to savour the carnival atmosphere, familiarize themselves with the various carnival floats, taste delicacies from a wide range of food stalls and await the results of the famous carnival lottery with its first prize of a Hyundai car.

The ‘Carnival International de Victoria’ may have wound to a close, but it was abundantly clear from the crowds in attendance that their appetite for carnivals has been well and truly whetted for the second edition, due to be held between March 2-4, 2012. 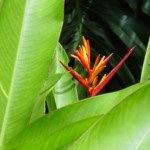 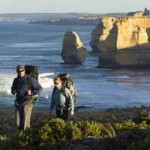