Lissabon – The biggest event of its kind in the Iberian Peninsula will thus be hosted at some of Lisboa’s most important landmarks: Berardo Collection Museum,  Chiado Museum and the Electricity Museum, from October 2010  to January 2011.

The three associate museums of  Turismo de Lisboa will thus be the main venues for the Triennial when they host the exhibits of the fair dedicated to different architectural facets: “Let’s talk about houses: Between North and South”, at Berardo Museum; “When art talks architecture: construct, deconstruct, inhabit“ at Chiado Museum whilst the exhibit „Let’s talk about Houses: Cova da Moura Project”, together with the competition exhibit “A House in Luanda: Patio and Pavilion”, will be hosted at the Electricity Museum.

Just a few kilometres from Lisboa, in Cascais, the 4th exhibit will feature Portuguese summer residence architecture that characterizes the town’s urban landscape. With its international projection and intercontinental partnerships, the Lisboa Triennial expects to host 150 thousand visitors invited to take part in the various events organised for this 2nd edition, aimed at sector professionals and the general public. In addition to the exhibits, the show’s calendar also features the launch of architecture competitions, publications and and international conference entitled “Architecture [in] ]out[ Politics”, to be held in November, at Aula Magna of the Lisboa University Rectory. Organized by the Lisboa Architecture Triennial and the Architects‘ Association, this event is sponsored by the President of the Republic, Aníbal Cavaco Silva and Turismo de Lisboa. 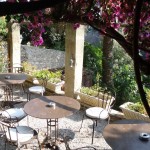 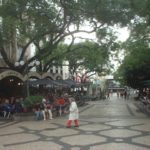 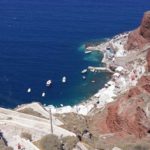