AMSTELVEEN – Visitors to the site are offered views of Schiphol Airport as it was in the 1930s. The images introduce an event that KLM and Air France are jointly organizing on November 13, 2006, commemorating the arrival of the famous Douglas DC3 “Dakota.” In 1936, KLM became the first airline outside the United States to deploy the Dakota. No less than 13,000 Douglas DC3s were sold worldwide, making it the most successful aircraft in the history of commercial aviation.

KLM placed its first order for eight Douglas DC3s in August 1936. They were specifically intended to operate flights to the Dutch colonies in the East Indies, and on busier European routes. The DC3 was a vast improvement on its predecessor, the DC2. The fuselage was 65 cm wider, which meant 21 passengers could be carried, instead of 14, and payload increased from 2,800 to 4,000 kg. Moreover, the DC3’s engines each generated 250 h.p. more than those on the DC2, and flight range increased from 2,000 to 3,300 km.

[GADS_NEWS]KLM’s first DC3 was registered as PH-ALI on October 8, 1936. The new addition was named “Ibis,” in keeping with the KLM tradition to name its aircraft after birds, starting with the last letter of the aircraft registration. In early October, the aircraft arrived at Waalhaven Harbour in Rotterdam aboard the SS Statendam of the Holland-America Line. After it was assembled, the aircraft completed its first test flights over Rotterdam harbour, and later over Schiphol.

The DC3 officially operated its first scheduled service on November 13, 1936, flying to Le Bourget, which was the main airport in Paris at the time. The Salon Aeronautique – now known as the Paris Air Show – was being held at Le Bourget that week. The flight was therefore filled exclusively with journalists, on their way to this international aviation event.

Now, 70 years on, KLM and Air France will reenact this historical inaugural flight. On the morning of November 13, 2006, one will witness the unveiling of a very special aircraft, equipped with six digital cameras that will record the flight. This footage can later be viewed on our special 1936 website. 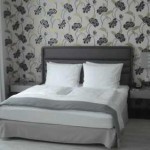 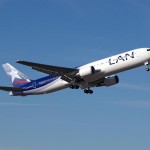