Cairo is the third new international destination Continental has announced since May — the airline plans to begin daily service from its Houston hub to Lagos, Nigeria, beginning Nov. 10, 2011, and service to Auckland, New Zealand, beginning Nov. 16, 2011, subject to government approval.

“We are excited to grow our international route network from the New York area by adding nonstop service to Cairo,” said Jeff Smisek, Continental’s chairman, president and CEO. “Continental’s new route will provide numerous opportunities for connections to dozens of destinations in Africa and the Middle East that are served by our Star Alliance partners.”

On May 3, Continental announced that it has agreed to merge with United Airlines in a merger of equals to create the world’s leading airline. The success of the Newark-Cairo route will be enhanced by the additional traffic flows through Newark that are expected to result from the merger.

The Newark-Cairo route will benefit from connecting traffic at both ends. Cairo is home to Egyptair, one of the 28 carriers, including Continental, that are members of Star Alliance. Egyptair and its regional airline partners offer service to 41 destinations in Egypt, Africa and the Middle East, including Dubai, Abu Dhabi, Damascus, Istanbul, Aswan, Jeddah and Johannesburg.

The flight will be timed to provide convenient North American connections at Continental’s Newark Liberty hub to the West Coast as well as to 87 other cities throughout the U.S., Canada and Latin America.

Continental plans to operate the route on a daily basis during peak summer travel season, with five- and four-times-weekly service during certain periods in the first year of operation.

Following is the preliminary schedule for the new service, planned to take effect May 18, 2011. 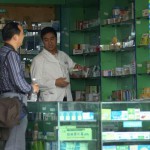 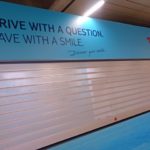