Alexandria, VA – ASTA is proud to endorse H.R. 4645, the Travel Restriction Reform and Export Enhancement Act. The bill, which is slated for consideration in a House Agriculture Committee meeting today, would end longstanding U.S. government restrictions preventing American citizens from travelling to Cuba. H.R. 4645 is sponsored by Agriculture Committee Chairman Rep. Collin Peterson (D-MN), and currently has a bipartisan slate of 62 cosponsors.

ASTA, together with a growing list of organizations from across the business community, has been working with Congress and the Obama administration to advocate for changes to U.S. policy toward Cuba, including a removal of the travel ban.
“ASTA has long supported the principle that Americans ought to be allowed to travel across the globe without restriction,” said Colin Tooze, ASTA’s vice president of Government Affairs. “While the U.S. government plays a legitimate and valuable role in exercising travel advisories to provide up-to-date information concerning the conditions in foreign countries, to use travel freedom as an instrument of foreign policy manipulation ultimately does harm to the very citizens it purports to protect.
“Were the American people allowed to travel to Havana, as they currently are allowed to travel to Pyongyang, Tehran, Khartoum, and other cities whose nations’ leaders are publicly opposed to American interests, they could serve as ambassadors of freedom and American values to the Cuban people,” added Tooze. “Routine interaction with American tourists and with Americans travelling for business, religious, or educational purposes would permit the Cuban people to see the United States in a new, more favorable light.”
In an April 2010 meeting, ASTA’s Board of Directors unanimously voted to approve a measure to direct the Society’s government affairs staff to advocate for a lifting of the travel ban. Among the several rationales for the measure were the prospective economic opportunities awaiting both countries if current travel restrictions were to be lifted and the possibility of follow-on benefits to Cuba’s neighbors and the travel industry that services them. The consensus among the group was that— whether as part of multi-destination cruises or as a stop along the way to other countries in the region— the resulting influx of travelers to Cuba could not but help but spark demand for new passenger routes, tour operations, and travel agent services.
ASTA is committed to work with its allies from within and outside the travel and tourism industry to make the case for these policy changes. The Society thanks Chairman Peterson for his leadership on this important issue and looks forward to working with him and the members of the relevant committees to ensure that Americans are free to travel the world without restriction from their own government.
For additional information on this issue, please visit ASTA.org or contact Colin Tooze, vice president of government affairs, at  ctooze@asta.org.
The mission of the American Society of Travel Agents (ASTA) is to facilitate the business of selling travel through effective representation, shared knowledge and the enhancement of professionalism. ASTA seeks a retail travel marketplace that is profitable and growing and a rewarding field in which to work, invest and do business. 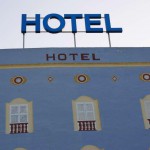 Booking.com has set the stage to become the first digital travel brand to launch instantly bookable hotels in Cuba

Booking.com will soon make one of the world’s most coveted destinations accessible to U.S. travelers seeking beauty, culture and adventure 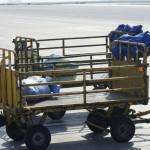 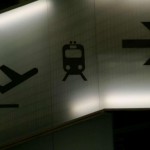