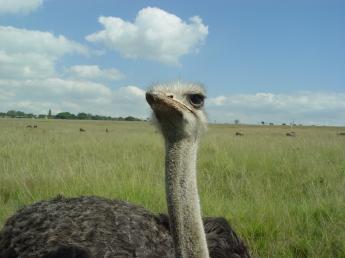 Johannesburg – SOUTH AFRICAN TOURISM is bristling with excitement on the eve of the historic kick-off of the first African FIFA World Cup™.

Thandiwe January-McLean, ceo at South African Tourism: “Our continent has waited decades for the honour of hosting a World Cup. South Africa has been hard at work for six years to get ready for tomorrow and for the next four weeks. We have done ourselves and our continent proud. And now it’s here.

“South African Tourism is behind Bafana Bafana every step of the way. We wish our players good luck tomorrow. We will be watching the game. They have our unstinted and passionate support. And we know that no matter what happens, they will do us all proud.”

It’s been six years of hard work, especially for the travel and tourism industry, she says. The industry has applied itself with singular energy and determination to make itself ready for hundreds of thousands of fans. Many millions of people hours have been invested. And now an air of excitement, celebration and ‘that unique brand of South African enthusiasm’ has taken hold as people everywhere get behind the national team and South Africa’s status as host of the biggest party on the planet.

Referring to the billions of Rands and millions of people hours that have been invested in infrastructural preparedness ahead of the World Cup, January-McLean says: “These investments have attracted the voice of dissent, both at home and abroad. However, we stand firm in the certain knowledge that our improved roads, public transport systems, hotels, conference facilities, airports, IT systems and world-class stadiums give South Africa a suite of assets that will fuel economic growth and development well into the future. This nation has, through the World Cup, shifted from fourth to fifth gear and we now stand equipped to take our place as a global giant.”

Improvements in infrastructure will be put to work to service the demands of tourism and other industries to grow the economy and to continue creating jobs into the future, she says. “This is the singular vital legacy of the 2010 FIFA World Cup: a nation that understands it can, and it will, deliver against the very highest expectations of the global community.

“Of course,” January-McLean adds, “the next four weeks are all about football. History and heroes will be made in South Africa’s football stadiums. Dreams will be fulfilled and hopes will be dashed. There will be cries of joy, and tears of disappointment.

“When it’s all over, we will collectively reflect on a coming together of the human family in our country; and on the triumph of the human spirit and the joy of fair play and competition. We all will have won. And South Africa will be all the stronger and all the more focused. Let the games begin!” 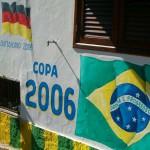 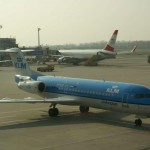