As the finishing touches are put in place for INDABA 2010, South African Tourism announced that this year’s Global Media Face Off will be moderated by BBC World News Africa Business Report presenter, Komla Dumor and co-moderated by renowned South African journalist and KAYA FM current affairs presenter, John Perlman . The two will share the stage and quiz panelists during an hour of riveting discussion and updates pertaining to destination South Africa and the 2010 FIFA World CupTM.

This is be the first time in the history of INDABA that the Global Media Face Off will be moderated by two people.

“This is a big year for South Africa and for the continent.  We have much to be proud of, and much to talk about,” says South African Tourism CEO, Thandiwe January-McLean.

Dumor began his career as a radio journalist and joined the BBC World News in 2006 as host of Network Africa. At present, Dumor is the host of Africa Business Report on BBC World News, a monthly programme examining the people, businesses and products at the forefront of business, as well as the issues, challenges and opportunities for companies trading in Africa. He also presents the news and current affairs show, The World Today on BBC World Service Radio. He brings a wealth of information and actuality reporting experience to the Global Media Face Off.

Perlman has carved a name for himself as a thought-provoking, probing journalist who is not afraid to tackle difficult issues. He is an actuality presenter on KAYA FM and CEO of soccer pioneering project, Dreamfields. The organisation aims to develop soccer at grassroots level and in so doing, develop communities and greater society.

“When selecting moderators, we wanted to strike a balance between two journalists who would be able to address both national and international issues. We are confident that our chosen moderators will not shy away from asking panelists topical  questions and getting to the root of issues and sentiment around the World Cup,” concludes January-McLean.

To register for media accreditation for this year’s INDABA, click on media and follow easy the step-by-step application process. 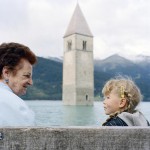