Airline Honors the State of Florida with Specialty Aircraft 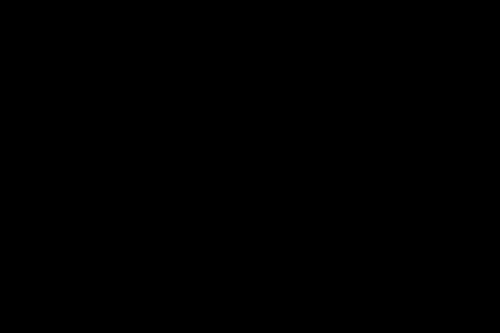 Airline Honors the State of Florida with Specialty Aircraft

Southwest Airlines (NYSE: LUV) today honored the State of Florida with the unveiling of Florida One, a Boeing 737 emblazoned with an artist’s rendering of the state flag. Southwest Airlines‘ top Leadership celebrated the high-flying tribute to the State of Florida at an event in a Tampa International Airport hangar with National Wildlife Refuge Association President Evan Hirsche, and Southwest’s Florida-based Employees.

„We are thrilled to honor Florida with this beautiful aircraft; it is truly a demonstration of our dedication to Florida and a tribute to our more than 2,500 hard-working Florida Employees,“ said Southwest Airlines Chairman, President, and CEO Gary Kelly. „Our pride for Florida will fly high over the 68 cities Southwest serves.“

„Florida is proud to have such a strong Southwest Airlines presence in Florida,“ said Governor Charlie Crist. „Not only is Southwest employing thousands of talented Floridians, but is also making Florida more easily accessible and affordable for visitors. I am grateful for their continued commitment to Florida.“

Southwest Airlines is taking its celebration one step further and lowering its Florida fares! The airline announced a southwest.com-only fare sale starting today through 11:59 p.m. PDT Monday, April 26, 2010, for travel Tuesdays, Wednesdays, and Saturdays from May 11, 2010, through June 23, 2010. Fares start as low as $49 one-way for select intra-Florida travel and more low fares for travel into or out of the Sunshine state. To see the list of markets and prices, and to take advantage of these special fares, visit www.southwest.com.

Florida One joins thirteen other 737s in Southwest’s fleet that carry a unique paint scheme: Arizona One, California One, Illinois One, Lone Star One (Texas), Nevada One, New Mexico One, Maryland One, three Shamu aircraft (SeaWorld), Silver One (celebrating Southwest’s 25th anniversary), Triple Crown One (recognizing Southwest’s top rankings for ontime performance, baggage handling, and Customer satisfaction), and Slam Dunk One (tribute to our NBA partnership).

The newest aircraft in the Southwest Airlines fleet is truly a work of labor and art, requiring 32 people at the Boeing Company working three shifts over the course of eight days to paint. More than 46 gallons of paint and 16 different colors make up Florida One.

Southwest Airlines serves six airports in Florida, soon to be seven, and the airline is the largest intra-state carrier in Florida, carrying 46 percent of all intra-Florida airline traffic. Southwest began service in Florida in 1996, opening two cities on the same day: Ft. Lauderdale/Hollywood and Tampa Bay. Orlando opened on April 7 of the same year. Jacksonville followed in 1997; West Palm Beach in 2001, and Ft. Myers/Naples in 2005.

Southwest Airlines is the nation’s largest carrier in terms of originating domestic passengers boarded, currently serving 68 cities in 35 states (launching service to Panama City Beach, FL on May 23, 2010). Based in Dallas, Southwest currently operates more than 3,200 flights a day and has nearly 35,000 Employees systemwide.

Southwest Airlines sale fares are available for purchase April 23, 2010, through 11:59 p.m. PDT April 26, 2010, and travel must take place beginning May 11, 2010, through June 23, 2010. Blackout dates apply: May 27, 2010, through June 1, 2010. Fares are available only on southwest.com and swabiz.com. Fares are available for travel on Tuesdays, Wednesdays, and Saturdays. Fares do not include a federal excise tax of $3.70 for each flight segment. A flight segment is defined as a takeoff and a landing. Fares do not include airport-assessed passenger facility charges (PFC) of up to $9.00 and a U.S. government-imposed September 11th Security Fee of up to $5.00 one-way. Seats are limited. Fares may vary by destinations, flight, and day of week and won’t be available on some flights that operate during very busy travel times and holiday periods. Fares are available for one-way travel. When combining fares, all rules and restrictions apply. Fares are nonrefundable but if unused, may be applied toward the purchase of future travel on Southwest Airlines. Sale fares are not combinable with Senior Fares. Fares are not available through the Group Desk. Any change in the itinerary may result in an increase in fare. Standby travel requires an upgrade to the unrestricted „Anytime“ fare. Fares are subject to change until ticketed. Offer applies to published, scheduled service only.