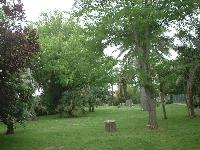 PIERRE, S.D. – After discovering a better route west from Fort Ridgeley, Minn., Colonel W. H. Nobles persuaded Congress to fund the infrastructure project. Located north of Forestburg, S.D., the trail enters northeastern Sanborn County and crosses the James River. The Nobles trail marker stands approximately 5 feet high, and marks the spot where Colonel Nobles constructed the ford over the James River in 1857. Colonel W.H. Nobles discovered the South Pass in 1851 and argued that Fort Ridgeley, Minn. was a better starting point than Independence, Mo. for settlers heading west. Nobles was commissioned by the Department of Interior to survey the road from Fort Ridgeley west for future use by settlers and the railroad.

Col. Nobles spent six years planning for South Dakota’s first federally-funded highway. The highway was used for exploration, freight, and settlement. The wagon road provided the infrastructure for railroad and the eventual statehood of South Dakota.

The Marks of History series is a project of the South Dakota Office of Tourism, designed to highlight historical markers all across South Dakota. In the 1950s, the historical markers became a cooperative program between the Historical Society and the Highway Department. Over the years, approximately 700 markers have been created. A majority of the markers are funded privately by individuals or groups throughout the state. The Historical Society, which is part of the South Dakota Department of Tourism and State Development, oversees the program. Click on the special “Marks of History” link at www.MediaSD.com to access the complete list of articles.

The Marks of History series is part of Goal 1 of the 2010 Initiative to double visitor spending in South Dakota from 2003-2010 and Goal 4 to enhance history and arts as tools for economic development and cultural tourism in South Dakota. The Office of Tourism serves under the direction of Richard Benda, Secretary of the Department of Tourism and State Development. 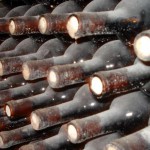 SOUTH DAKOTA. ON THE WINE MAP, IT MIGHT AS WELL BE SIBERIA

South Dakota has received another feather in its cap, due to Prairie Berry Winery’s Frontenac wine which received a Platinum Award at a new competition in San Diego, Calif., recently. Even the person running the competition was surprised at the outstanding results for a relatively unknown wine state.

Office of Tourism Partners with Minnesota Vikings to Promote Hunting

Jedediah Smith first ventured into Dakota Territory in the early 1800s. He gained fame as a frontiersman and explorer, and may be acknowledged with mapping out and discovering much of western Dakota Territory