PIERRE, S.D.- Mentor Graham, who once lived in Blunt, S.D., is regarded as the greatest influence on President Abraham Lincoln during Lincoln’s school years in Salem, Ill.

South Dacota,- Graham taught Lincoln the art of surveying, mathematics and grammar. The house where Graham spent his final years is located along Highway 14 in Blunt.
Mentor Graham moved to Blunt in 1883, and lived there until his death in 1885. He was buried nearby, but his remains were later returned to Illinois.
In 1950, the house was opened to the public as a museum.  The state Historical Society turned the home over to the City of Blunt in 1987.  The house still contains many of Mentor Graham’s pictures and some of his original furniture.
The Marks of History series is a project of the South Dakota Office of Tourism, designed to highlight historical markers across South Dakota.  In the 1950s, the historical markers became a cooperative program between the Historical Society and the state Highway Department.  Over the years, approximately 700 markers have been created.  Most of the markers are funded privately by individuals or groups across the state.  The Historical Society, which is part of the South Dakota Department of Tourism and State Development, oversees the program.  Click on the special “Marks of History” link at www.MediaSD.com to access the complete list of articles.
The Marks of History series is part of Goal 1 of the 2010 Initiative to double visitor spending in South Dakota from 2003-2010 and Goal 4 to enhance history and arts as tools for economic development and cultural tourism in South Dakota.  The Office of Tourism serves under the direction of Richard Benda, Secretary of the Department of Tourism and State Development. 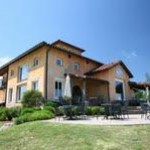 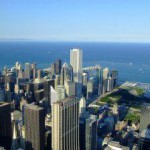