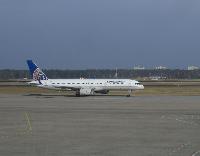 „We are excited about launching service between New York and Munich, the largest German city not currently served by Continental and a hub for our new partner Lufthansa,“ said Jim Compton, the airline’s executive vice president of marketing. „As well as extending Continental service to a new market in Germany, this hub-to-hub link will provide additional travel options and opportunities for our customers on both sides of the Atlantic.“

The Continental flights will be operated by Boeing 767-200ER aircraft, seating 25 passengers in BusinessFirst and 149 passengers in economy class.

The new flight has been timed to provide convenient connections at Munich, where Star Alliance partner flights provide service to over 95 destinations in Western Europe, Eastern Europe and the Middle East, and at New York/Newark with an extensive network of Continental flights to more than 100 destinations throughout the U.S., Canada and Latin America. Continental operates the largest hub in the New York City metropolitan area at Newark Liberty International Airport.

Munich, the capital of Bavaria and the economic centre of southern Germany, is the country’s third largest city after Berlin and Hamburg, with a population of 1.3 million in the city and 5 million in the Munich Metropolitan Region. Famed for its historic and modern architecture and annual Oktoberfest beer celebration, Munich boasts a wealth of cultural attractions and institutions. Among the many world-renowned companies whose headquarters are in the city are Siemens AG (electronics), BMW (cars), MAN AG (trucks, engineering), Allianz (insurance) and Munich Re (re-insurance). Lufthansa operates a hub at Munich’s Franz Josef Strauss International Airport, which is the second-largest airport in Germany after Frankfurt.

Continental currently offers nonstop service between New York/Newark and Frankfurt, Berlin and Hamburg. In addition, the airline launched nonstop service from Houston to Frankfurt on Nov. 1, 2009. Munich will be the 30th destination in Continental’s trans-Atlantic route network.

Continental Airlines is the world’s fifth largest airline. Continental, together with Continental Express and Continental Connection, has more than 2,400 daily departures throughout the Americas, Europe and Asia, serving 130 domestic and 132 international destinations.

Continental is a member of Star Alliance, which provides access to more than 900 additional points in 169 countries via 24 other member airlines. With more than 41,000 employees, Continental has hubs serving New York, Houston, Cleveland and Guam, and together with its regional partners, carries approximately 63 million passengers per year.

Celebrating its 75th anniversary this year, Continental consistently earns awards and critical acclaim for both its operation and its corporate culture. For the sixth consecutive year, FORTUNE magazine named Continental the No. 1 World’s Most Admired Airline on its 2009 list of World’s Most Admired Companies. For more company information, go to continental.com. 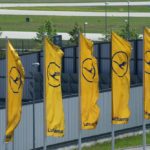 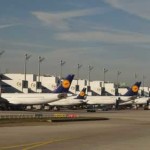