Lufthansa is heading for new records after the third quarter 2006: Never have so many passengers booked flights with the airline in the first nine months of a year. Lufthansa Cargo is also still on track after posting a marked rise in transported tonnage and utilisation.

From January through September, Lufthansa carried 40.2 million passengers, an increase of 3.6 per cent on the comparable period in the previous year. The passenger load factor fell fractionally to 75.4 per cent because capacity, up by 1.2 per cent, increased marginally more than revenue seat-kilometres (+0.7 per cent). Lufthansa Cargo raised transported tonnage of freight and mail year-on-year by 1.7 per cent to 1.3 million tonnes. Although capacity was down slightly, the cargo carrier increased sales by 3.4 per cent. This significantly improved the cargo load factor by 2.9 percentage points to 66.9 per cent.

The Lufthansa Group raised overall utilisation of passenger and cargo aircraft in the nine-month term by 1.1 percentage points to 71.8 per cent. The financial results of the Lufthansa Group for the first three-quarters of the year will be published on 26 October. They can then be downloaded from www.lufthansa-financials.com. 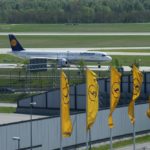 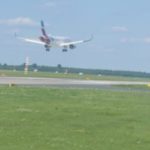