The agreement will cover maintenance, repair and overhaul (MRO) services for both Copa Airlines‘ and Aero Republica’s fleet of Boeing 737-Next Generation and Embraer-190 aircraft, which currently consists of 54 aircraft. The agreement broadens the services provided by PAE by including MRO services for both Copa and Aero Republica’s Embraer-190 aircraft, as a result of PAE’s certification in April 2009 to service the Embraer-190.

„We are very pleased to renew this contract with ST Aerospace,“ said Pedro Heilbron, CEO of Copa Holdings. „Our collaboration has allowed us to achieve better efficiencies in our aircraft maintenance process by reducing aircraft maintenance time and transportation costs, among others. This agreement will enhance Panama’s positioning to become one of the main centers of aircraft maintenance in Latin America.“

For Copa Airlines this initiative represents noticeable benefits in maintenance that range from major inspections, such as C Checks, to manufacturer modifications and external paint, among others. PAE makes it possible for Copa Airlines to have technical assistance for its aircraft near its Hub of the Americas at Tocumen International Airport.

„Copa Airlines was the launch customer for our facility in Panama three years ago, and this contract extension shows that Copa is pleased with the support it has received and is confident that it can rely on ST Aerospace for the maintenance of its fleet. Today’s event also attests to the strong systems and processes in place within our global network and to the ability of the Group to leverage on its global resources to meet the needs of our customers,“ said Tay Kok Khiang, President, ST Aerospace. 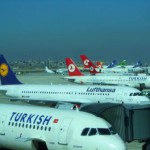 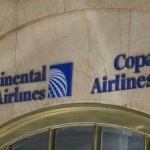 Copa Airlines‘ entry into Star Alliance strengthens its already successful alliance with United Airlines, as well as the Hub of the Americas‘ position as the major connection center in the Americas. 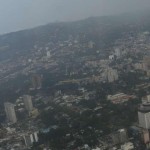