For ten days, four artists from Seychelles, along with four others from Germany and Spain, participated in the first Symposium of International Artists in the German city of Wilhelmshaven, demonstrating the way they work and exhibiting their artworks.

The symposium, entitled “Distant Shores: Europe Meets Seychelles” was followed by an exhibition, which opened on August 16.  Both events, running from August 16 to September 20, have been initiated and organized by local artist, Mr. Hartmut Evers, who had taught art in the Seychelles from 1984 to 1990 and has his own studio on La Digue Island.

The four Seychellois artists – Allen Ernesta, Colbert Nourrice, Egbert Marday and Leon Radegonde – and their colleagues Manuel Sáenz-Messia from Spain, and Gerd Breidenstein, Hartmut Evers, and Andreas Neumann from Germany – worked under one roof in an “open studio” in the Wattenmeerhaus, where visitors were able to watch them at work.

The venue is located within a national park in the state of Lower Saxony.

The theme of the exhibition is life in the ecologically sensitive areas along the seashores.

Surprisingly, Northern Germany and the Seychelles have a few things in common in this respect. Wilhelmshaven is a city on the Jade Estuary, a small bay in the inter-tidal zone on the North Sea coast of Germany.

Like the Seychelles, it has a population of about 86,000, and at this time of the year, even temperatures are close to those in the Indian Ocean at around 30°C.

Among the numerous guests of honor attending the opening were the Mayor of Wilhelmshaven, Mr. Eberhard Menzel and representatives of the City Council; Dr.Juliana Köhler, managing director of the National Park Center; Professor Dr.  Franz Bairlein, the head of the local Institute of Ornithology; Max Hunzinger, Honorary Consul of Seychelles in Frankfurt, and his wife, Edith Hunzinger, Manager of the Seychelles Tourist Office in Germany.

Mrs Hunzinger surprised the guests with culinary delights from her home country that she herself had prepared.

In his opening speech to mark the event, Honorary Consul Hunzinger pointed out the common interest in ecology between Seychelles and the national park management at the exhibition venue, and he invited his audience to visit the Indian Ocean archipelago and see with their own eyes the natural and cultural beauty which the Seychellois artists reflect in their artwork.

The consul and Mr. Evers also had the opportunity to talk about Seychelles, both in terms of artistic potential and as a tourism destination, in interviews with local radio stations. 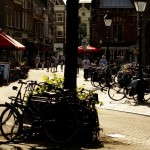 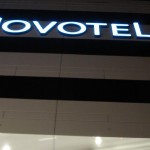 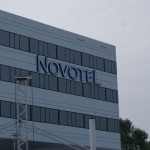 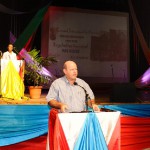 Seychelles Carnival kicks off with countdown