WRECK DIVING IN SWEDEN SET TO TAKE OFF

Sweden may be able to provide in the future some of the most interesting waters in the wreck diving industry. A lot of the wrecks have not yet been explored and the range of wrecks is relatively large. The conditions for preservation are also ideal.

Where diving is concerned and the main interest of the divers is to see colourful fish and clear blue water, Sweden makes absolutely no appearance in such a topic. However, for those interested in seeing maritime history under the waves, Scandinavia’s biggest country provides one of the world’s highlights. Swedish waters boast around 20,000 shipwrecks, ranging from extremely old wooden vessels dating back to the Viking age to huge metal warships from the 1930’s. There are an estimated 80,000 vessels, which have never been discovered. Once the Swedes get this area of tourism properly up and running, Sweden could become Europe’s centre of wreck diving.The huge advantage, which Swedish waters have, is that the Baltic Sea is low in salt, meaning that the threat of shipworm is lower and ships are preserved for longer. This means that the graveyard of ships off Sweden looks rather new, although it isn’t. Ships such as the Anna Maria, which sunk after a fire in the Stockholm Archipelago 300 years ago have been extremely well preserved in the murky waters. The Vasa, a 333-year old vessel, which sank on its maiden voyage, is also in great condition and waiting to be explored by divers.Next year should see the launch of diving tours off the coast of Dalaro, 40km from Stockholm. The area is loaded with shipwrecks as it used to be a customs zone from the Swedish capital. Despite the fears that the wrecks could be looted, it is expected that the area will bring a lot of good publicity and money to Sweden. 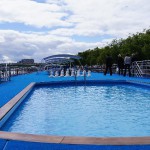 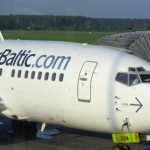 On June 4, the Latvian national airline airBaltic will start operating flights to Visby, the capital of Gotland (Sweden), offering convenient connections via North Hub Riga to /from Europe, Russia, CIS and the Middle East.

On March 29 of this year, the Latvian national airline airBaltic will launch flights from Riga to Umeå in Sweden. The next new route to be offered will be between Vilnius and London, and airBaltic will offer more detailed information about that route in a week’s time.