A new report on tourism trends for Europe suggests the decline is easing, but it is likely to take another two years before international arrivals recover to 2008 levels and could start to pick up from 2012-2013.

The report says air passenger demand continues to fall but the double-digit decline seen in the first quarter of 2009 has slowed to 7-8%. The accommodation sector has also declined less sharply.

In its second quarterly report, European Tourism in 2009, the European Travel Commission has brought together the findings of several surveys including data gathered by the UN World Tourism Organisation, Oxford Economics, IATA, Tourism Economics and the European national tourism organisations.

According to Eurostat’s monthly surveys of travel and tourism businesses, industry confidence about the prospects for demand over the next three months has improved in the hotel, restaurant and transport sectors. „While still quite negative, the steady improvement in these indicators over the most recent months lends support to the idea that worst of the decline is behind us,“ says the ETC report.

Outbound travel generated by European markets and arrivals in Europe are both predicted by Tourism Economics to decline by five per cent in 2009. The UNWTO forecast is more pessimistic, putting the overall decline at between five and eight per cent. According to the UNWTO’s latest World Tourism Barometer, international arrivals to Europe showed a decline of 10.4% in the first four months of 2009. An analysis by Deloitte & Touche shows that the occupancy rate of hotels in Europe dropped from 61.6% to 55.2% in the same period compared with 2008. The greatest declines were seen in Budapest, Amsterdam and Athens. No European capital showed an increase in hotel occupancy rates year-on-year. As a consequence of the economic crisis, average room rates in Europe went down by more than 11 per cent and revenue per available room (RevPAR) declined 20.5%.

Business travel has been hardest hit by the recession. But leisure travel also is constrained by job losses and weak consumer confidence, and while most households will still travel on holiday this summer, their trips will generally be shorter in duration and distance and more than ever they will search for a good deal on price.

UK outbound travel has been especially weak due to the depreciation of the pound, but its value has picked against the dollar and the euro in the past two months. There are signs from tour operators and online intermediaries that the market is staging a partial recovery, and last-minute demand for summer holiday packages is reported to be fairly strong.

French spending on travel out of the country fell by 10% up to April and there is evidence that outbound trip volume is down by a similar percentage overall, though there are exceptions to this trend. The number of French visitors to Ireland grew 22% year-on-year, and there were smaller increases reported for French travel to the UK (4%) and to Latvia (5%). An IPSOS survey in March showed that two-thirds of French respondents planned to travel this summer, despite the economic downturn, though nearly half said they intended to holiday in France.

American travel to Europe declined by 10% in the first four months of 2009, despite some strengthening in the value of the dollar, according to the ETC report. It says all reporting destinations in Europe, with the exception of Serbia, have registered declines from the USA, most in double digits. A similar pattern is reported for Canada, but Ireland is the exception, recording a 22% increase in arrivals.

In a separate report, Greece is said to be facing a crippling season as a result of the worldwide economic crisis. Tourism spending in Greece is said to have fallen by 17.9% in the first five months of the year compared to the same period in 2008. According to data released by the Central Bank in Athens, tourism spending in May fell by 24% to €824, compared with over €1bn in May 2008. Tourism officials say that in spite of discounts and special offers by hoteliers and greater spending by the Ministry of Tourism on promoting Greece as a holiday destination, visitors are staying for shorter visits and spending less. 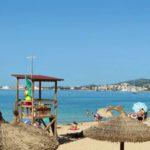 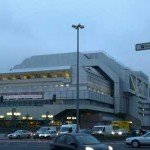 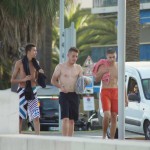