Obama Effect Could Stimulate US Travel

Americans should follow the example of President Obama and travel around the world this year, according to an appeal from Bob Whitley, head of the US Tour Operators Association (USTOA). The association is calling on Americans to take advantage of the goodwill and positive image generated by President Obama’s policy of engagement and openness with world leaders.

„By travelling, each American becomes an unofficial global ambassador,“ said Whitley. „We encourage Americans to follow in President Obama’s footsteps and explore the vast world outside our borders and underscore American values around the globe.“

USTOA feels that this year could be the best in many years to travel overseas with good deals on air travel and hotel accommodation rates. It points out that the US dollar buys at least 20% more than last year in Europe. „The dollar’s stronger buying power, combined with the need to increase business revenues during the recession has led to any number of good deals,“ says Whitley.

A recent consumer survey commissioned by USTOA found that three out of four Americans would travel this year, but most were planning to stay close to home as a result of the recession and economic uncertainty. Affordability was the number one consideration in planning leisure travel overseas with almost 30% of respondents saying they would seek destinations that offer more value. While 45% of Americans overall said they were not planning to travel abroad this year, 20% said they were planning to go to Europe. High income earners were the least concerned about affordability according to the survey, but paradoxically were the most likely to look for destinations that offered more value, travel on an all-inclusive package or book within 90 days of departure.

„There are compelling reasons to travel further afield this year, especially if you’re looking for attractive deals,“ said Bob Whitley. „A ten-day land-cruise package in Greece, for example, cost US$1,500 per person in 2008 but is selling for US$995 this year, with free accommodation upgrades. That’s a saving of almost 35% over 2008,“ he said.

A key factor in generating more travel from the US market is a rise in the number of Americans who have applied for a passport. According to the US State Department, over 16 million passports were issued last year alone. This has been stimulated in part by a new requirement since 1st June this year for Americans to have a passport to re-enter the United States from Canada, Mexico, the Caribbean and Bermuda as part of the Department of Homeland Security’s Western Hemisphere Travel Initiative. This could have a direct impact also on the prospects for travel to European destinations.

„Holding a passport opens up a world of travel beyond our neighbouring countries to people who never ventured across the Atlantic,“ said Bob Whitley, president of the USTOA. „What makes foreign travel even easier is that 27 countries, including the UK, France, Italy, Iceland and Latvia no longer require visas from American citizens.“

He added that since its founding over 35 years ago, the US Tour Operators Association has advocated open borders and freedom of travel between countries. „We continue to endorse the lifting of travel restrictions wherever possible, and we encourage Americans to use their ability to travel in order to promote understanding between nations,“ said Whitley.

According to Whitley, 2009 is a good year for Americans to travel because a stronger dollar and an abundance of good deals make foreign travel more affordable for Americans, and he points out that travel plays a vital role in economic recovery by stimulating the world travel market.

„Despite the recession, Americans have a unique opportunity to travel this year. There is a renewed sense of optimism on the world stage and a new spirit of openness and enthusiasm for the US in many countries around the globe,“ said Whitley. 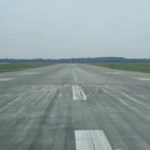 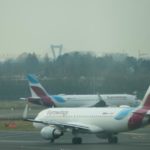 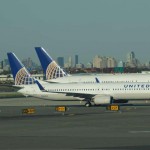 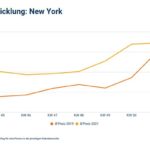