Las Vegas – For the first quarter of 2009, revenues increased 4.8% to $269 million from $257 million in the 2008 first quarter. Consolidated Adjusted EBITDA(1) was $53.4 million in the 2009 first quarter, an increase of 50.7% from $35.4 million in the first quarter of 2008. The 2009 quarterly results reflect the continued ramp-up of operations at Lumiere Place in downtown St. Louis (assisted by the November 2008 passage of Proposition A in Missouri); improved utilization of the hotel expansion at L’Auberge du Lac in Lake Charles, Louisiana, as well as a reduction in marketing and other start-up costs related to the expansion’s opening; and efforts to control overall costs.

On a GAAP („Generally Accepted Accounting Principles“) basis, the Company reported income from continuing operations of $1.2 million, or $0.02 per share, in the 2009 first quarter compared to a loss from continuing operations of $15.8 million, or a loss of $0.26 per share in the prior-year period. Both periods included pre-opening and development costs, including $5.9 million in the 2009 quarterly period and $17.1 million in the 2008 period. Net income for the 2009 quarter was $0.9 million, or $0.02 per share, compared to $5.1 million, or $0.08 per share, in the 2008 period. The prior-year period included $20.8 million of income from discontinued operations, net of tax, primarily related to insurance proceeds received for damage from Hurricane Katrina.

„Our properties continued to perform well overall in the first quarter,“ said Daniel R. Lee, Pinnacle’s Chairman and Chief Executive Officer. „In particular, Lumiere Place continued to show dramatic progress in the first quarter of 2009, sequentially improving its revenues by 12.5% and Adjusted EBITDA by 66.9% from the fourth quarter of 2008. The property continues to earn accolades from customers and build its database of regular visitors, in no small part due to the extraordinary efforts of our dedicated employees. L’Auberge du Lac, meanwhile, which opened in 2005, also continues to mature and solidify its market position. For the 12 months ended March 31, 2009, L’Auberge du Lac had revenues of $350 million and Adjusted EBITDA of $90.1 million, resulting in strong returns on both our initial investment and the incremental investment in the 2007 expansion.“

The Chairman of the hotel company highlights that the chain restructured in good time to deal with the crisis and benefit from the opportunities it creates * Sol Meliá paid out a dividend of 0.0343 € per share in a context of prudence and moderate optimism * Escarrer congratulated the Sol Meliá management team for […]

AEGEAN announces results for the first quarter of 2010. 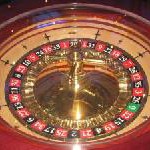