South African Tourism and CNN International have announced the winner of the ‘My South Africa’ online user generated content competition that ran last year as part of a global campaign profiling South Africa’s desirability as a leisure destination.

The Swiss winner, Viktoria Dedola, uploaded 48 photos taken on her visit to South Africa whilst on honeymoon here earlier this year. Viktoria’s pictures capture South Africa’s spirit of place and people and include photographs of love letters the honeymooning couple wrote in golden beach sand; snaps of public signs (‘kill only time, leave only footprints’ at Sodwana Bay, for example); children playing on the beach at Blouberg Strand; and numerous photographs of wildlife, scenic beauty and quirky architecture. In the album is a beautiful portrait of a leopard and an extreme close up of an elephant.

Thousands of photographs were submitted by hundreds of photographers. However, Viktoria’s gallery of pictures comprises a delightful picture essay on a charming and enduringly alluring global destination. She was the clear winner.

„Every time people tell me about South Africa, or I see it on the TV I cry because I miss that place,“ she wrote to CNN. „This is because I would like to be there. There is all I need to be happy: nice people, spectacular places, wonderful beaches and an incredible wildlife. Since I first come to South Africa, I feel South African in my soul. Just sorry for my English.“

CNN International joined with South African Tourism last year to produce the campaign, its first ever user generated content driven advertising solution. The three year partnership (that continues this year and next) enables South African Tourism to capture the zeitgeist of shared multimedia experiences through a multimedia brand campaign. It is driven by a bespoke website www.mysouthafrica.tv and is also executed on air in print.

Viktoria wins an all expenses paid trip for two to South Africa. The prize includes Business Class tickets and US$2,000 spending money. She may fly out at any time between May 1 and the end of September this year.

„We congratulate Viktoria on winning this great prize,“ says Roshene Singh, Chief Marketing Officer at South African Tourism. „It is clear that she, like so many others, has fallen in love with South Africa. We look forward to welcoming her back, to reintroducing her to the delights of our destination, and to building a strong and enduring friendship with her. We are delighted that our destination inspired her to both enter the competition and to win it, too.“

The South African Tourism/CNN ‘My South Africa’ campaign won the only gold award for media owners at the prestigious Internationalist Awards for Innovation in Media in February. CNN was the only media owner out of 30 entries to be so honoured at the Awards. 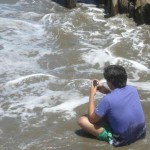 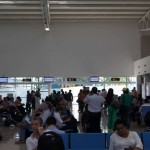 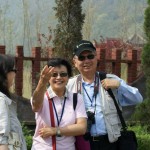