Swissport International, the world’s leading provider of ground services to the aviation sector, has concluded key new agreements at all three of its Swiss operations in Zurich, Geneva and Basel.

Zurich – Swissport will assume responsibility for all the ground handling of Edelweiss Air at Zurich and Geneva airports from 29 March. The carrier expects to operate 1755 flights from Zurich and 250 from Geneva this year. Edelweiss Air is owned by Swiss International Air Lines, and serves more than 40 charter destinations with its fleet of three Airbus A320s and one Airbus A330.

Swissport can also report two further major successes for its Geneva operation. Air Canada will be entrusting the ground handling of its daily flight to and from Montreal to Swissport from 2 June. And for United Airlines, Swissport will be adding cargo services from 21 April to the ground handling it already provides for the carrier’s daily services to and from Washington D.C.

Basel, Swissport’s third Swiss station, has also seen recent successes. Turkish Airlines introduced a new daily service to and from Istanbul on 2 March in addition to its four existing weekly flights. Swissport Basel is providing ground handling services for all the additional frequencies. Swissport’s Basel operation has also concluded new agreements with AMC Aviation Egypt to handle charter flights throughout the year, with Danube Wings covering four weekly services to Bratislava, and with Germania for two flights a week on the Basel-Bari route.

„We’re delighted to secure this new business,“ says Adrian Melliger, Swissport’s Senior Vice President and Head of Ground Handling Switzerland & Germany. „In the present difficult operating environment, it’s heartening to see our Swiss stations make such a successful start to 2009. And the new business should go some way to offsetting the broader recent declines in our airline customers’ production and traffic volumes.“

Swissport Switzerland employs around 4200 personnel in its operations at Zurich, Basel and Geneva airports. 75 airlines turn to Swissport in Switzerland for the ground services they require. As a result, the industry leader handles over 320’000 flights and some 28 million passengers a year at the three airports combined. 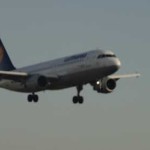 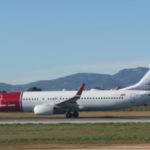 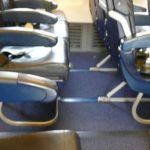 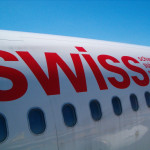