The first W in the Middle East, W Doha Heralds Growth of Starwood’s Lifestyle Brands in Europe, Africa and the Middle East Starwood On-Track to Open 50 Best-in-Class Hotels in the Region by 2012

Berlin – From the International Hotel Investment Forum (IHIF) in Berlin, Starwood Hotels & Resorts Worldwide, Inc. announces the opening of W Doha Hotel & Residences in Qatar – marking the entrance of W Hotels in the Middle East. W Doha is illustrative of Starwood’s market leading growth around the world as the company plans to open between 80 and 100 hotels this year, including its 1,000th property.

With a focus on working with the right partners on the right properties in the right places, Starwood remains on track to increase its global portfolio by 40 percent over the next five years. As part of its global expansion, the company plans to open 50 new hotels in Europe, Africa and the Middle East (EAME) by 2012. By working closely with its proven development partners, Starwood is able to open these high caliber, best-in-class hotels around the world, even during challenging economic times.

Momentum in Central and Eastern Europe drives Starwood’s EAME pipeline and accounts for nearly half of all new projects. Particularly strong markets include Russia, Ukraine and other economies in Eastern Europe like Czech Republic and Hungary. Starwood currently operates 250 hotels in EAME, with 116 in Central, Eastern Europe, Italy and the Balkans. There are 35 projects in development in these territories. The Middle East and North Africa also offer exciting growth opportunities, with multiple signings in Saudi Arabia, the United Arab Emirates, Libya, Madagascar and Mauritius in 2008 across all Starwood brands. At the same time the company continues to expand opportunistically in established, high-profile destinations such as London, Paris, Barcelona and Milan.

W is a key contributor to the company’s growth in EAME. Since 2007, Starwood signed nine deals to open W Hotels in the region, in vibrant primary destinations such as Milan, St. Petersburg and Amman, and most recently adding Marrakech, London, Manchester and Paris to its pipeline. Starwood expects to open an additional 11 W Hotels around the world this year, including W Barcelona – a 473-room waterfront hotel scheduled to open in autumn 2009. The hotel follows the W Istanbul as the brand’s second open hotel in Europe and its first in Spain and the Mediterranean.

„W began as a New York wonder, grew to be an American phenomenon and is now becoming a global powerhouse in the design-driven luxury space with 10 years of proven success,“ said Frits van Paasschen, Chief Executive Officer of Starwood. „With plans to nearly triple its footprint of 27 hotels by 2011, W has the strongest growth momentum of any luxury hotel brand in the most sought after markets in Europe and the world.“

Along with W, each of Starwood’s compelling and distinctive lifestyle brands continues to grow in the region. St. Regis, recognized globally as the preeminent luxury hotel brand, is developing world-class hotels in Doha, Bahrain, Abu Dhabi, Mauritius and Cairo. Europe continues to be a stronghold for The Luxury Collection, featuring flagship properties such as Hotel Imperial, Hotel Danieli and the Marques de Riscal. The Luxury Collection recently added several exceptional resorts in Spain and Greece, including the newly opened Mystique, a Luxury Collection Resort.

Sheraton Hotels & Resorts has long been the dominant upper-upscale brand in EAME, and the brand continues to grow in both established and emerging markets with hotels under development in Libya, Poland, Slovakia, Latvia, Kazakhstan, and throughout Africa. In April, Starwood will officially open Sheraton Prague Charles Square Hotel.

Le Meridien, which Starwood acquired in 2005, continues to grow with new hotels scheduled to open in key markets like Prague, St. Petersburg, Doha and Cairo. This year, the brand known for its European heritage makes inroads in North America, with plans to open hotels in Dallas and Philadelphia.

In 2008, Starwood opened its first Aloft hotel. This year, the brand will open its first hotel in the EAME region with the Aloft Abu Dhabi, and construction of the Aloft Brussels is well underway. Starwood has already opened nearly 20 Aloft hotels in North America and one in China, and plans to more than double its footprint globally this year.

Starwood’s green trailblazer, Element, also launched in 2008 with two properties open and five more slated to open in 2009. And the brand will soon expand into EAME with the recent signing of an Element hotel in Abu Dhabi.

Starwood’s established select serve brand, Four Points by Sheraton, boasts one of the company’s largest pipelines worldwide. Consistent with this growth is the brand’s momentum in EAME where it will open hotels in Madagascar, Libya and Saudi Arabia, following recent flagship openings in Dubai and Zurich. 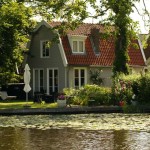 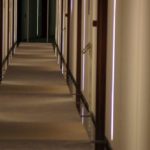 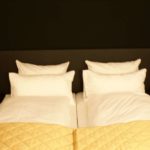 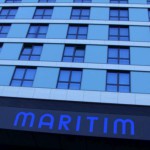