Wondering where the party spots will be during the Vancouver 2010 Olympic and Paralympic Winter Games? Below is a preliminary run-down of where the fun zones will be in Vancouver during February and March 2010.

Robson Square’s outdoor ice rink is being reopened for the 2010 Winter Games thanks to sponsorship from the Province of British Columbia and General Electric. The GE Ice Plaza (opening in November) is expected to be one of the major gathering points during the Games and will feature athlete demonstrations, family events and BC-focused programming. In addition, Robson Square will be the location of CTV Canada AM’s daily broadcast and home of the BC International Media Centre (for journalists not accredited by the IOC). The nearby plaza on the north side of the Vancouver Art Gallery, complete with the Omega Countdown Clock, is also expected to be popular real estate for Olympic celebrations.

The False Creek North waterfront live site will feature giant screens to watch Games action and a nightly laser light and water show. The new Yaletown-Roundhouse Canada Line station, opening in November, will allow partygoers to be whisked in and out by SkyTrain. Trendy Mainland and Hamilton streets will become pedestrian thoroughfares to link the Larwill Park live site.

Larwill Park (across the street from the Queen Elizabeth Theatre) is the City of Vancouver’s other live site. It was the city’s original field sports venue in 1886 and in 2010 will feature giant screens, live performances, sponsor activations and broadcasters.

The Coliseum-shaped, Moshe Safdie-designed, central library will be the City of Vancouver’s Host City pavilion, showcasing the city as a tourism, cultural and business destination.

The Squamish, Lil’wat, Tsleil-Waututh and Musqueam First Nations bands will welcome all their relations from coast-to-coast-to-coast and visitors from around the world to share arts, crafts, food, stories and culture in a longhouse topped by a 20-metre-high, air-supported „snowball“. fourhostfirstnations.com

The ever popular Granville Island is expected to be the centre of Government of Canada and Francophone community events during the 2010 Winter Games. Canadian aeronautical company Bombardier will provide a streetcar to shuttle passengers from the Canada Line’s Olympic Village station to Granville Island.

This imposing rock sculpture, originally built for Expo 86, was relocated in 1987 to its current perch at English Bay. Visitors and athletes alike are expected to come from near and far to pose for photos at this iconic statue against the backdrop of the Pacific Ocean and Vancouver’s North Shore mountains. For centuries, the Inuit people of Canada’s Arctic stacked rock in human form to create the inukshuk, a steadfast guidepost that provided direction across the vast horizons of the North. The Vancouver 2010 Olympic Winter Games emblem is a contemporary interpretation of the inukshuk. 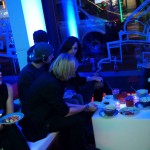 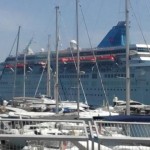 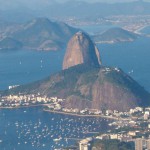