Helsinki: Cultural Gem In The Noth

Helsinki: Cultural Gem In The Noth

One of the world’s richest countries makes ground in the design league. Helsinki oozes with Russian influence and is full of monumental architecture.

When one thinks of Finland, people mostly talk about superb formula 1 drivers, an unusual language and thousands of lakes. The famous Scandinavian northern lights are usually attributed to Sweden, as is the origin of the infamous Christmas figure that reportedly gets stuck in chimneys. As erroneous as these attributions may be, they do not do justice to Finland. The population of Finland is a lot lower than that of Sweden on one side and immensely lower than Russia on the other.

However, more experienced travellers agree that the nature of Finland is simply outstanding. As mentioned earlier, thousands of lakes provide the reputation, yet one should not forget the forests. The diversity of the landscape also provides a huge variety of gastronomic delights. They may not come cheap in restaurants. After all, Finland is one of Europe’s richest countries, often with matching prices. The capital, Helsinki, has been touted as one of the most expensive cities in Europe. Many say that the architecture make it well worth it.

Most European capitals fall into two categories: the romantic havens such as Paris, Rome or Prague, or the serious political and economical power centres, such as Moscow or London. Helsinki is one of the rare examples of not fitting into either. It is, nevertheless, extremely culturally rich. For sightseers, there is a plethora of empire-style buildings reminiscent of neighbouring Russia. The Sibelius monument in Sibelius Park is particularly notable, as are the neoclassical cathedral, Grand Senate square and Helsinki’s street of culture, Esplenadi Visit the Helsinki’s city center the Design District, testament to the Finnish peoples’ tendency towards art and culture, as well as fashion. The richness of Finland does not only come down to money. 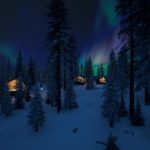 What comes to your mind, when you think of Finland: Pure nature, snow and dozens of lakes, northern lights and forests? That is what inspired Johanna and Pauli Marin to build 20 modern igloos in a heart of Kuusamo, located in Finnish Lapland. Magical Pond emphasizes importance of nature, that is why its igloos were […] 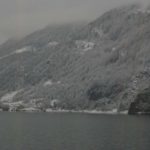 VR-Helsinki aims to become the service platform for sustainable tourism. The unique virtual city experience has been developed by the City of Helsinki together with a partner Virtual Helsinki will be presented at Slush, the world’s leading startup event, on 4-5 December. 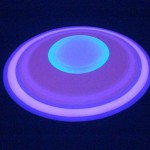 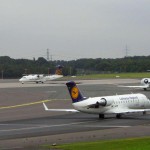