Anyone who likes reading books has probably experienced the moment when you close your eyes and wonder what the place you have just been reading about may look like. Is it inspired by the author’s environs, his home town or travels or is it pure fiction? There is an easy way to find out – literary tourism.

Instead of going to the seaside for your holiday, pack your backpack and set out for a trip to places where William Shakespeare or Charles Dickens wrote their major works, visit the favourite spots of the Beatniks or the grave of Ernest Hemmingway and search for the connections between what you have read and what you get to see. The TripAdvisor has chosen top ten literary tourism sites, now brought to you by TourismReview.com.

The capital of the UK is also the world’s literature centre. Many famous authors were either born or spent part of their lives here and even more writers used it as a setting for their stories. Admirers of Charles Dickens may for example visit his home, nowadays a museum, lovers of the detective story writer Sir Arthur Conan Doyle will probably enjoy a guided tour around the places Sherlock Holmes visited, stayed at or just mentioned during his investigations, especially the famous residence in 221B Baker Street. Other famous London residents are e.g. Geoffrey Chaucer, John Keats or H.G. Wells.

There are only few people around the world who have never heard of William Shakespeare. The famous play-writer was born in Stratford-upon-Avon, a town that has thus become one of the most visited literary destinations worldwide receiving about three million visitors a year. Here, you can visit Shakespeare’s birthplace, museum, theatre and many other attractions – Stratford is simply the place for the literature enthusiasts.

From the classics of world literature, Sir Arthur Conan Doyle, Sir Walter Scott or Robert Louis Stevenson lived and wrote here. Nowadays, the city has its literary symbol – J.K. Rowling, the author of the famous stories of Harry Potter. If you want to see all the city’s literature giants, just go visit the Writer’s Museum. It is definitely worth mentioning that Edinburgh has been declared the first UNESCO City of Literature.

Ireland and especially its capital Dublin has always been a centre of new ideas. Just think of James Joyce’s Dubliners or Ulysses. Joyce is of course not the only Irish innovator. In the 20th century, Samuel Becket followed his footsteps with the absurd drama concept. In addition to the visit of the Dublin Writers’ Museum and the National Library of Ireland, visitors should for sure go for the Dublin Literary Pub Crawl.

It would be a surprise if a city as big as the Big Apple would not have „produced“ some brilliant literary minds. NYC was for some time the home of many important authors of the Beat Generation, for example Jack Kerouac or Allen Ginsberg. It was also a scene of one of the literary revolutions of the 20th century – the Harlem Renaissance that „discovered“ the nowadays famous and respected Afro-American writers like Zora Neale Hurston or Langston Hughes.

Even though Concord is but a small town of about 20,000 people, it played a significant role in the history of American literature. The most important writers of their time, Ralph Waldo Emerson and Nathaniel Hawthorne, lived here in the 1800s and Henry David Thoreau, American philosopher and writer, was born here in 1817.

Paris has a long literary history as it has long been a centre of French and European culture where artist from near and far gathered to live their lives the way they wanted and felt obliged to. Beginning with the giants of French literature such as Voltaire, Victor Hugo, Alexander Dumas or Honore de Balzac and ending with American natives who fled to Paris for sexual, religious or personal freedom, Gertrude Stein, Ernest Hemingway or Francis Scott Fitzgerald to name but a few.

San Francisco as well as NYC is also connected especially with the Beat Generation. After leaving the Big Apple for various reasons, Ginsberg and Kerouac set up their lives here and brought with them their literary style as well as groups of fans from all over the States. Also Henry Miller, the author of Tropic of Cancer, spent some time around and described these years in his autobiography Big Sur and the Oranges of Hieronymus Bosch. Fans of the Beatniks should not miss the Vesuvio Café, a place very popular with Jack Kerouac.

Rome is the birthplace and home of many famous ancient writers and philosophers who influenced the European art and understanding of the world massively, such as Virgil, the author of The Aeneid. From the more recent authors, Percy Shelley with his wife Mary Shelley, Keats or Henry James let themselves be inspired by the ancient beauty of the once so powerful city.

Russian literature is famous for very very very long historical novels with many characters and a complicated plot, most of which have posed a threat to all high school students around Europe since the day they were published. In St. Petersburg, some of the most important authors of these huge works were born or lived – Leo Tolstoy, Anton Chekhov, Alexander Pushkin or Fyodor Dostoevsky. The last one named – Dostoevsky – has a museum in his former apartment dedicated to his life, work and death. 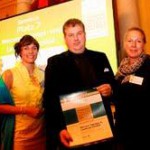 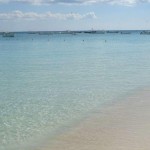 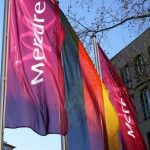