Atlanta – New Delta Sky Club signage will begin appearing in airports in early April and is expected to be completed by the end of 2009.

„Creating the largest global lounge network under the Delta Sky Club brand is the first in a series of lounge changes designed to provide our customers with one consistent, world-class lounge experience,“ said Ranjan Goswami, Delta’s director of Customer Experience.

Throughout 2009, the lounges will continue to offer existing amenities, including complimentary beverages and snacks, personalized flight assistance, satellite TV, Wi-Fi access and other connectivity options. By early 2010, Delta plans to harmonize all Delta Sky Club offerings to provide customers with one consistent service and product experience, adopting customer favorites from both lounge programs.

Crown Room Club and WorldClubs members may continue to use their current credentials and One-Day passes until the end of 2009, when the conversion of all Delta Sky Club locations will be complete. 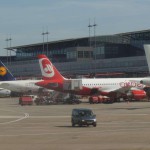 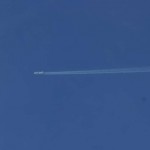