Who Are The Least Religious People?

Who Are The Least Religious People?

According to a survey run in 143 countries, Estonians are the least religious people in the world. The answers were gained in telephone and face-to-face interviews made in 2006, 2007, and 2008. Around 1000 respondents were interviewed in each country.

A recent Gallup study focused on the importance of religion for various nations around the world. The researchers asked the following question: „Is religion an important part of your daily life?“ It is important to point out that the question was not about faith. They did not ask whether people believed in God or not. The results only describe the importance of religion in one’s live.

The five least religious countries according to this study are Estonia where only 14 per cent of people consider religion an important part of their daily lives, Sweden (17 per cent), Denmark (18 per cent), Norway (20 per cent) and the Czech Republic (21 per cent). Religion is also not so important in the UK, Finland, the Netherlands, Lithuania, Latvia and Bulgaria. Not everyone in the EU, however, thinks this way. For example in Italy, Portugal, Poland, Romania and Greece religion is traditionally regarded quite essential.

Generally speaking religion is according to the study more important for the third world countries. The most religious people live in Egypt, where religion was an important part of daily life for every single interviewed person. Ninety nine per cent of surveyed people in Bangladesh and Sri Lanka answered the same. Also, numerous African and South Asian countries were among the most religious. In countries of the developed world approximately 38 per cent of people think religion is important.

The Gallup analysts Steve Crabtree and Brett Pehlam say the level of religiosity is interconnected with the average standard of living. In rich countries with high literacy levels, low homicide rates, low poverty rates and so on, religion is not regarded as very important. In total all over the world 82 per cent of people consider religion important.

Although the U.S. is not the most religious country in the world, it is much more so compared to the rest of the developed world. Some 65 per cent of U.S. citizens believe that religion is important in their daily lives. There are, however, important differences among the individual states. The most religious state is Mississippi with 85 per cent (similarly Lebanon has 86 per cent and Iran 83 per cent). On the other hand the least religious state is Vermont with 42 per cent, which is the same as in Switzerland. 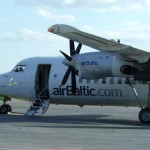 On March 31, the Latvian national airline airBaltic starts a route linking the Estonian capital of Tallinn with the Finnish city of Tampere. 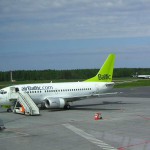 For the summer season, the Latvian national airline airBaltic will launch seven new routes for Finland, and two new routes from Tallinn, as part of the airline’s expansion strategy in Finland and Estonia.

the Latvian airline airBaltic will launch two new routes from Lappeenranta, Finland, to the Estonian capital of Tallinn and to the Latvian capital of Riga, offering convenient connections to destinations in Western Europe, Scandinavia, the CIS and the Mediterranean region.