Continental to be first carrier in the Americas to conduct biofuel flight in partnership with Boeing, GE Aviation, CFM International, and Honeywell’s UOP / Demonstration marks the continued evolution toward low-carbon-lifecycle fuels

Houston – Continental Airlines announced plans for the first biofuel-powered demonstration flight of a U.S. commercial airliner, to be conducted in Houston on Jan. 7, 2009.

The demonstration flight, which will be operated with no passengers, will be powered by a special fuel blend including components derived from algae and jatropha plants — sustainable, second-generation fuel sources that don’t impact food crops or water resources, and don’t contribute to deforestation.

The demonstration flight will be the first biofuel flight by a commercial carrier using algae as a fuel source and the first using a two-engine aircraft, a Boeing 737-800 equipped with CFM International CFM56-7B engines.

The fuel used in one of the two CFM engines during the demonstration flight will be a blend of 50 percent traditional jet fuel, and 50 percent biofuel from algae and jatropha.

Operating under a specially-issued „Experimental“ aircraft type certificate, the aircraft will be crewed by Continental’s own FAA-licensed test pilots. With no passengers on board, the flight test plan calls for operating the No. 2 (right) engine on the special biofuel blend, including power accelerations / decelerations, in-flight engine shut-down and restart and other flight maneuvers that include both normal and non-normal procedures. Numerous flight parameters will be recorded, and a post-flight engine analysis will contribute to findings which are expected to show that the biofuel blend is readily substitutable for regular fuel without any degradation of performance or safety, and with a net reduction in carbon emissions.

Continental, Boeing, UOP and CFM have worked together for more than nine months on the research, production and testing of the biofuel, including laboratory and ground-based jet engine performance testing to ensure compliance with stringent aviation fuel performance and safety requirements.

As part of a broader industry effort, Boeing and other industry leaders, including airlines and engine manufacturers, are helping to guide the aviation sector toward sustainable biofuels produced through advanced biomass conversion technologies and processes that have the potential to reduce greenhouse gases throughout their lifecycle. Sustainable biofuels for aviation incorporate second-generation methodologies relative to fuel source selection and processing, which are uniquely suited for aerospace use. These biofuels can then be blended with kerosene fuel (Jet-A) to reduce dependency on fossil fuels.

Continental’s participation in this project is part of a company-wide commitment to environmental responsibility. On average, Continental burns approximately 18 gallons of fuel to fly one mainline revenue passenger 1,000 miles, which represents a 35 percent reduction in greenhouse gas emissions and fuel consumption since 1997. This is due in large part to the efforts of its employees in streamlining operational procedures and to an investment of more than $12 billion to acquire 270 fuel-efficient Boeing aircraft and related equipment. Continental remains committed to further improving fuel efficiency in the decade to come, including investing in its fleet with orders for more than 50 Boeing 737-900 Next Generation aircraft, and 25 Boeing 787 Dreamliners.

Continental has also reduced, by 75 percent, nitrogen oxide emissions from ground equipment at the carrier’s largest hub, in Houston, through switching to electric ground service equipment and other new technology. This technology is now being tested for use in cold climates.

Through these investments and other projects, including the construction of airport facilities in an environmentally responsible manner, the testing of alternative fuels in ground service equipment, offering a credible carbon offsetting program based on the actual fuel burn of the Continental fleet, and an expansive recycling program, Continental will continue to manage the environmental impact of its business. 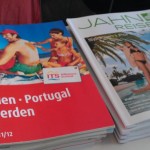 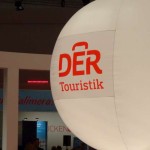 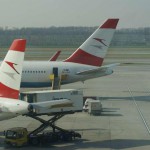