Seattle – Air New Zealand and Boeing announced Dec. 3 as the date for the airline’s sustainable biofuels flight from Auckland using a 747-400 jetliner. Conducted in partnership with Rolls-Royce and UOP, a Honeywell company, one of the airplane’s four Rolls-Royce RB211 engines will be powered in part using advanced generation biofuels derived from jatropha. Air New Zealand now becomes the first airline to use a commercially viable biofuel sourced using sustainability best practices.

„This flight strongly supports our efforts to be the world’s most environmentally responsible airline,“ said Air New Zealand Chief Executive Officer Rob Fyfe. „We recently demonstrated the fuel and environmental gains that can be achieved through advanced operational procedures using Boeing 777s. We’re also modernizing our fleet as we await our Trent 1000-powered 787-9 Dreamliners, which will burn 20 percent less fuel than the planes they replace. Introducing a new generation of sustainable fuels is the next logical step in our efforts to further save fuel and reduce aircraft emissions.“

„In preparation for Air New Zealand’s test flight we achieved our near-term goal – identifying and sourcing the first large-scale run of sustainable biofuel for commercial aviation,“ said Boeing Commercial Airplane’s Managing Director of Environmental Strategy Billy Glover. „The processing technology exists today, and based on results we’ve seen, it’s highly encouraging that this fuel not only met but exceeded three key criteria for the next generation of jet fuel: higher than expected jet fuel yields, very low freeze point and good energy density,“ Glover explained. „That tells us we’re on the right path to certification and commercial availability.“

Because of the unique environment in which aviation operates, stringent criteria are in place to ensure that any alternative fuel meets or exceeds current jet fuel requirements. Advance testing for the Air New Zealand flight showed that the jatropha-based biofuel met all critical specifications, including a freeze point at -53 degrees Fahrenheit (-47 degrees Celsius) and a flash point at 100 degrees Fahrenheit (38 degrees Celsius).

„Laboratory testing showed the final blend had excellent properties, meeting and in many cases exceeding the stringent technical requirements for fuels used in civil and defense aircraft,“ said Chris Lewis, Rolls-Royce company specialist for fuels. „The blended fuel therefore meets the essential requirement of being a ‚drop-in‘ fuel, meaning its properties will be virtually indistinguishable from conventional fuel, Jet A1, which is used in commercial aviation today.“

To process the jatropha crude, the team relied on UOP’s green jet fuel processing technology based on hydroprocessing methodologies that are commonly used to produce transportation fuels. During processing, hydrogen is added to remove oxygen from the biomass, resulting in a bio-derived jet fuel that can be used as a petroleum replacement for commercial aviation. Boeing is working with airlines and engine manufacturers to gather biofuel performance data as part of the industry’s efforts to revise the current American Society for Testing and Materials (ASTM) standards to include fuels from sustainable plant sources. Jatropha, which can be grown in a broad range of conditions, produces seeds that contain inedible lipid oil that is extracted and used to produce fuel. Each seed produces 30 to 40 percent of its mass in oil. Plant oil used to create the fuel for the Air New Zealand flight was sourced from nonarable lands in India and Southeastern Africa (Malawi, Mozambique and Tanzania).

Air New Zealand is one of several air carriers working to diversify and secure its energy future through participation in the Sustainable Aviation Fuel Users Group. That effort includes a commitment to sustainability criteria for fuel sourcing and commercializing plant-based fuels that perform as well as, or better than, kerosene-based fuel but with a smaller carbon lifecycle. The goal is to create a portfolio of next-generation biofuels that can be blended with traditional kerosene fuel (Jet A) to improve environmental performance.

Additional flight specifics will be announced closer to the actual flight date. 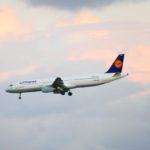 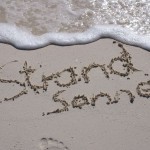