Iberia is included in the world’s most prestigious listing of firms distinguished for their commitment to responsible corporate practices, the Dow Jones World Sustainability Index (World 2008-09) and the European index (STOXX 2008-09), as well as the FTSE4Good IBEX.

Madrid – The inclusion of the Spanish airline constitutes recognition of its good practices; following an exhaustive analysis and comparison with other firms.

The FTSE Group, a JV of the Financial Times newspaper and the London Stock Exchange, created its FTSE4Good IBEX last March, and has listed Iberia among the 32 firms that made the cut of the 82 that were scrutinized. All are listed on Spain’s IBEX-35 or meet market capitalisation requisites of the FTSE Group. Candidates for the index are examined by an international committee of experts representing investors, universities, NGOs, consultants, and public institutions.

Debut in FTSE4Good and Continued Presence in Dow Jones Sustainability

Iberia has held its position in the Dow Jones World Sustainability Index for three consecutive years, and in the European index for the past two. In this year’s ranking, Iberia scored more points overall –80 of 100– than any other airline, after increasing its score by five points from 2007. Iberia scored better than the average in 20 of the 21 areas analysed, and earned the highest score among airlines in 10 of them.

To earn a listing in the FTSE4Good IBEX, Iberia had to meet even higher standards based on its size, industry, and the countries where it operates. The index, which focuses on social and environmental policies, found the Spanish airline to be outstanding in areas such as climate change strategy, environmental management systems, codes of behaviour, human rights, and employee relations.

International Recognition of Shareholders and Customers

The Dow Jones Sustainability Indexes consider social, environmental, and business practices by applying more than 50 separate yardsticks, both general and industry-specific. Inclusion in them lends prestige to corporations in the eyes of their shareholders, customers, employees, and suppliers, via the public recognition of their adherence to the best social and environmental practices and ethical standards.

These indexes are consulted by socially responsible investors around the world. 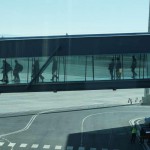