Houston – Emily Bloch of Brookline, Mass., took the winning photo titled „Arelis in Her Father’s Hat“ when she was in Nicaragua as an AMIGOS Volunteer in 2006.

Hundreds of photographers submitted their work for the competition. The top 20 photos were posted on the Amigos Web site for voting; more than 1,500 individuals cast their votes. Bloch won two round-trip Continental Airlines tickets to a destination of her choice in Latin America.

Bloch, 19, will be a sophomore at The University of Massachusetts Amherst this fall. She plans to study public health with a focus on social justice and community development. Bloch snapped the winning photo of her 9-year-old host sister, Arelis, in Nicaragua when they were playing one day.

„My host family was great. There were five sisters and the mom and dad,“ Bloch said. „They welcomed me into their home and treated me like one of their own.“

Bloch also was an AMIGOS Volunteer in the Dominican Republic in 2005. Her experience with the organization influenced her greatly. „AMIGOS broadened my understanding of what is possible and how things work. It was challenging and rewarding,“ she said.

Bloch said she might use the plane tickets to return to Nicaragua to visit her host family. She enjoys taking photos, especially during vacation. „I love to share photos of my trips with other people so that they can get a taste of what my experience was like,“ she said.

Sponsored by Continental Airlines and AMIGOS, the photo contest is intended to demonstrate the beauty and excitement of the six Latin American countries where both the airline and the nonprofit group have a presence. This is the fourth annual Latin America photo contest the organizations have sponsored together.

AMIGOS is a Houston-based international nonprofit organization that provides unparalleled leadership and community service opportunities for young people while contributing to the well-being of hundreds of communities throughout the Americas. For more information, visit amigoslink.org.

Continental Airlines, the world’s fifth-largest airline, offers nonstop service to 76 destinations in 23 countries in Latin America and the Caribbean.

Continental offers service to more destinations in Mexico (30) from the U.S. and has more flights from the U.S. to Mexico than any other airline. Continental also serves more cities in Central America (10) than any other U.S. carrier. Continental Airlines offers a number of Spanish-language services, including bilingual flight attendants on many flights to Latin America; and bilingual airport personnel, reservations agents and signage. Spanish-language functions on the continental.com Web site include flight booking, check-in, seat selection, flight and gate information, and OnePass frequent flyer program enrollment. (En espanol: continental.com/espanol). Passengers also may make reservations in Spanish at 1-800-537-9222. 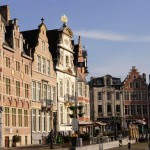 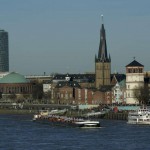