Farnborough, United Kingdom – The order is valued at more than $2.6 billion at current list prices. The airline also has acquired purchase rights for an additional 20 Next-Generation 737-800s.

The order, which brought the total number of Boeing 737s ordered past the 8,000th mark, was recently posted on the Boeing Commercial Airplanes Orders and Deliveries Web site attributed to an unidentified customer.

„Today we celebrate Malaysia Airlines as the newest member of the Next-Generation 737 family of operators, and we welcome this occasion to strengthen our long-term relationship with a valued partner,“ Carson said. „The selection of the Next-Generation 737 to support the airline’s strategic fleet modernization plan reinforces the superior economics of the most fuel efficient single-aisle airplane operating in today’s market.“

The 737s will be fitted with Blended Winglets, which improve fuel efficiency by up to four percent, increase range, and reduce CO2 emissions and takeoff noise.

„This new fleet of Next-Generation 737-800s will replace our existing 737-400 fleet, allowing Malaysia Airlines to expand to points which were not previously economically viable and will create a strong platform for the airline to profitably grow,“ said Azmil. „This supports our aim towards usage of more agile and fuel-efficient aircraft for our core network in the ASEAN region, including the domestic sector in Malaysia and the fast growing economies of China and India.“

The digitally designed Next-Generation 737 is the most technologically advanced airplane family in the single-aisle market. The 737-800, which can seat from 162 to 189 passengers, is 680 kilograms (1,500 pounds) lighter, can fly 481 kilometers (260 nautical miles) farther and 335 meters (1,100 feet) higher while carrying 12 more passengers than the competing model.

Malaysia Airlines, with a 60-year history as the national carrier of Malaysia, operates a mixed fleet, which includes 747 passenger and freighter, 777 and Classic 737 airplanes, and carried more than 1.4 million passengers last year. 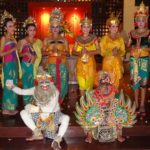